Who’s Afraid of Nuclear Weapons? Not us. 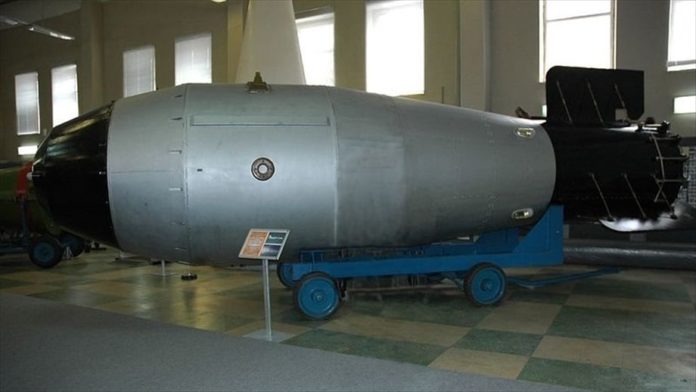 Do you want to know what is really, like, SUPER-awesome (that’s like regular awesome, but with a cape)? Nuclear weapons, that’s what! It’s in every boy’s deepest interest to see as much things go bang in his life-time, and as a rule: the bigger, the better! So what’s not to like about those state of the art death-boxes? Well, except the whole vaporizing people by the tens of thousands, that is. Though we are fortunate enough that nuclear weapons have only been used twice in actual warfare, they are still a threat to global security, which explains why the fellowship of nuclear nations tends to be a rather restrictive club that is not in the least interested into taking in new members. After the US literally blasted the world into the Atomic Age on July 16, 1945, more and more countries have tried to get their hands on them. But within this elite club of world destroyers, there is a special subset of nations that never developed nuclear arms themselves, but nevertheless keep some within their borders. Under the cozy term ‘nuclear sharing’, one of these nations is no other than The Netherlands. For a long time, this has been a “secret”, meaning: a “secret” in the same way that it was once considered a “secret” that Judas Priest’s lead singer, Rob ‘The Metal God’ Halford, is a homosexual.

So when it was announced yesterday that former prime minister Ruud Lubbers forgot all about “snitches-get-stitches” and that he had leaked information to National Geographic Television about him having known all along about the twenty-or-so B61 warheads stored at Volkel airbase, our nation-wide response kinda sorta looked like this:

First and formerly, this ‘Hurrr’ is warranted because this is old news. But secondly, it is warranted because… who cares? Nuclear weapons are, in a sense, vastly overrated. It’s true that we have an innate attraction to their brute force that borders on the religious; it’s no coincidence that Robert Oppenheimer famously quoted the Bhagavad Gita when he witnessed the final result of the Manhattan Project:

“Now I am become Death, the destroyer of worlds.”

But while nuclear weapons are power, they are, in many ways, an impotent form of power. Since the invention of nuclear weapons, there have been many wars in which only one side possessed nuclear weapons and ended up losing nonetheless (for example, the Sino-Vietnamese war of 1979, or the Soviet invasion of Afghanistan in the ’80s). It also didn’t help the Americans in any way during their exhaustive wars in Iraq and Afghanistan. Its immense power is simultaneously a nuclear weapons’ greatest advantage and its greatest weakness. It’s like taking a machine gun to a boxing match: you could easily blast your opponent away, but at the same time, you can’t because you’d never get away with it. Furthermore, people are not even decided on whether or not nuclear weapons were even remotely decisive in ending World War 2, and this has always been the great moral excuse for using them in the first place. Fact remains that the Cold War is over and that the warheads stationed at Volkel are strategically worthless. All that remains now, apparently, is the question of whether or not Lubbers is technically a criminal for breaking his oath of silence. But considering that the Dutch government is not the Mafia and that this topic has lost its relevance, I doubt that Lubbers will be spending his next Christmas rotting away in a Guantanamo Bay cell.

Previous articleHow to shock the Dutch: Biotechnology and Art
Next articleVisiting the Keukenhof and the mystery behind Tulips