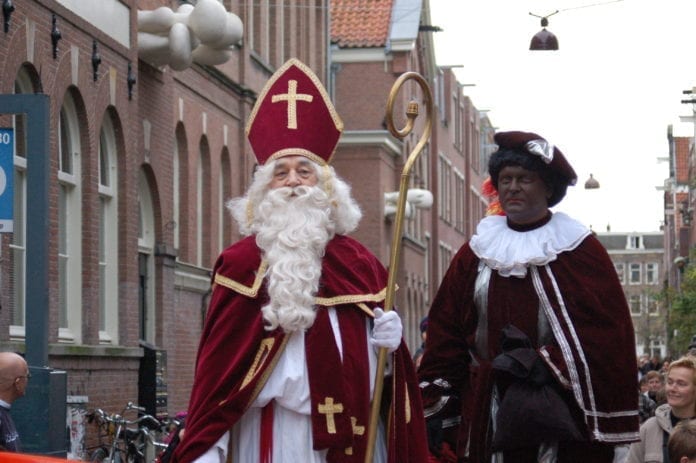 Over the past few years especially, people have taken matters into their own hands and protested at this event. Whole motorways have been blocked (preventing protesters), riots have started and police have stopped protesters in vehicles in the past. They are still not going quietly. The municipalities have realised this and that is why nobody seems to be jumping at the chance to host him, like they may have done in the past. NTR has written to the Dutch society of mayors in a desperate bid for someone to come forward. So far, no luck.

Not only does this cost a lot of money to police, but also it doesn’t send a great message to children, at why police are trying to keep people out. Maybe NTR need to get the hint that nobody is willing to be a part of it any more.

Why’s everyone so unhappy?

I probably don’t have to spell this one out to you, but the discussion has got nasty surrounding Zwarte Piet. Blackface has been seen as deeply offensive, not just in the Netherlands, but many countries all over the world. The soot argument just isn’t cutting it any more. We could go on for days and days about the argument surrounding Zwarte Piet, but we’ll leave it up to you to decide.

What do you think about this Sinterklaas news? Let us know in the comments! Also, don’t forget to follow our Facebook group – you know you wanna.

Previous article
3 surprising (or not) things about the municipal election results
Next article
Yay! It’s going to be sunny in the Netherlands this weekend!