Us dutchies  have never been able to leave our mark on international cinema. Yes, Jan de Bont and Paul Verhoeven have contributed to blockbusters of the likes of Die Hard, Basic Instinct and Robocop but only the most ardent chauvinist will consider these Hollywood productions to be Dutch-made. With slight arrogance and a degree of stubbornness the Dutch are content with this situation knowing that just occasionally we bring forth a masterpiece that personifies the very fibres of our society and the path that has brought us there. One of these masterpieces is Simon (2004) combining humour and drama in a convincing plea for our liberal society.

The world has often criticized and ridiculed our liberties. Foreign governments would like nothing more than to see our semi-legalization of soft drugs revoked, gay marriage is still only legal in very small number of countries and euthanasia and abortion can still not be seen outside of the theistic context many people place it. The Netherlands is not a place without ethics, it is a place where due to its heterogeneity, people have always been free to speak their mind and accept diverging opinions. Simon tells the story of Camiel (gay) as he tries to support his friend Simon (drug-dealer) in the fight against cancer. When finding out the cancer cannot be cured Simon considers euthanasia to make his life’s end more bearable. A must-see for all bigoted people. 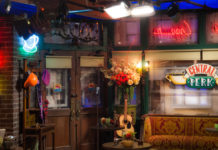 At home (in a hotel): why we’re loving a long-stay at the Wittenberg 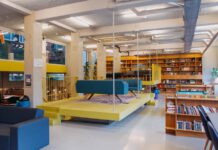