Dutch festival season is here! If you happen to be in Perth…

Is it Dutch festival season yet?

Grey skies, rain, snow and not a whole lot of sun shine. Sure, the Olympics are on and we’re winning a lot of medals, but wouldn’t it be awesome to go to a festival? As we all know, it’s not quite Dutch festival season yet. In the Netherlands there are heaps of great festivals around, but most of those are in summer. Well, if you happen to be on the other side of world, say in Perth, you’re in luck! An (almost) completely Dutch festival is hitting the streets there at the moment.

If you have been in the Netherlands for a while or haven’t left the country too long ago I’m sure you’ve heard of ‘De Parade’. In Dutch festival season it’s the biggest open air arts and theatre festival of our country. And for the people that ever wondered what De Parade is up to when their tents aren’t attracting huge crowds in the Netherlands, keep reading. Because every year De Parade packs up when it gets chilly in the Netherlands and rushes off to the warm weather. Each and every lovely tent, bar and even the silent disco travels to Australia to show Australia what we’re about: having a good time!

Before I left the Netherlands I used to live just alongside De Parade grounds in Rotterdam. It was my favourite festival and I have many fond memories of it. Then, in 2014, after I moved to Perth, I was invited to go see a show at the Fringe festival. When I got there I was stunned and quite frankly a bit emotional too. I didn’t know what this festival was, but when I saw all the familiar tents, like the ‘Spiegeltent’ and ‘De Parel’ I felt right at home. They even picked up the sangria bar from my favourite place in Rotterdam to my (new) favourite place in Perth. All my homesickness was instantly gone. I never ate that many pannenkoeken and poffertjes in my life as I did that night.

So, this month, until 25 February, the Fringe World Festival is on again (but secretly it’s De Parade…shhhh). And even though the set-up has been Dutch from the first year the festival has been held, this year it’s even ‘Dutchier’ than other years. For the first time this year a big part of the festival is hosted by Showman’s Fair. In the middle of the city, next to Perth’s central train station they have set up camp in the Urban Orchard. Every single thing and (almost) every person there is Dutch. If wasn’t for the shows being in English, you’d almost think you’re in Holland (except maybe for the weather).

For a good old Dutch night, you can come around every night from 5 pm. The night starts off with an outdoor Dutch dinner show which is held from 7pm. Jam-packed with food, drinks and entertainment it’s definitely a dinner show like no other. And if you rather go for a show (or two, or even three) that’s taken care of too. Check out the ancient legend of the last remaining ‘Theatre Animal’, or step inside the ‘Touched by God’ booth. There are even rumours going on that there will be a revival of Fred Oster’s famous Marmottenrace! That’ll be so much fun.

You could just be after a little less excitement than that and simply want to enjoy the food, which is Dutch too, so it doesn’t really matter. Or you might just crave some Dutch ‘gezelligheid’.  No worries, the boys and girls form the Showman’s Fair got you covered for that too. And if after the dinner show, the performances and the freshly made (warm!) stroopwafels you still have room for more, be sure to check out the many other hardworking Dutchies at the Pleasure Garden.

Previous article
The sun is here to stay in the Netherlands this weekend
Next article
Strikes at Schiphol, Rotterdam and Eindhoven! Is your flight still going? 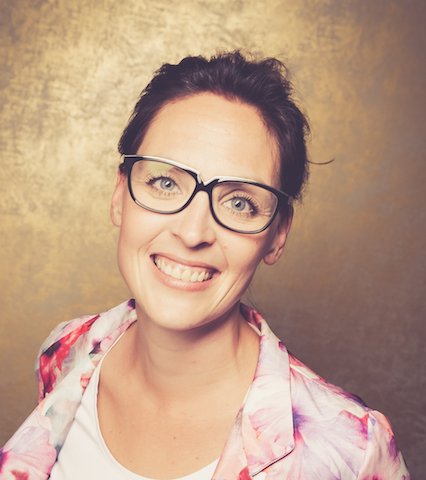