Big Storm coming tomorrow! Flights at Schiphol are cancelled, trains will be delayed! 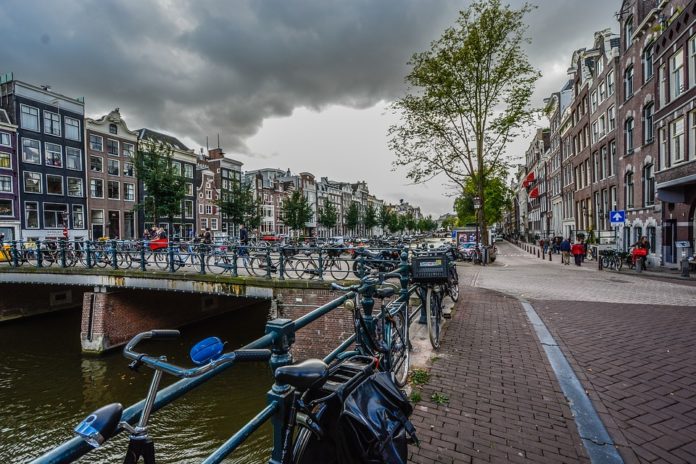 There’s a big storm coming to the Netherlands tomorrow (Wednesday) and as a precaution, more than 100 flights to and from Schiphol were canceled. According to the airport, these are flights from different airlines. Travelers must also take various other delays into account. Schiphol advises passengers to stay in contact with the airlines they fly with. Which airlines exactly will cancel flights is not known but KLM will certainly cancel 52 European return flights tomorrow. This, therefore, concerns flights that can not depart from Schiphol, so there is no aircraft that can return to Amsterdam from abroad.

Tonight and tomorrow the first Western storm of the year will cross the country. Windforce 9 is expected on the coast, maybe 10. Rain can occur throughout the country with thunderstorms and very heavy gusts of wind. In the course of the afternoon and evening the storm will linger. The coming night a lot of rain is expected, followed by a short dry period tomorrow morning. In the course of the morning there are new showers across the country. “The wind is the hardest on the coast, with wind force 5 to 7. The wind gusts can cause problems”, says weatherman Gerrit Hiemstra.

In coastal cities there is a risk of flooded quays, writes Omroep Rijnmond. Whether the Maeslant barrier at Hoek van Holland is closed due to the high water level is not yet known. The Zeeland Oosterscheldekering probably closes and the Algera flag at Krimpen aan den IJssel is expected to close tomorrow. “The maximums of the wind coincide with low water”, says Hiemstra. “You have the highest sea level with several days of storm, and now it’s pretty short.” The water boards say they are alert, but let it be known that no extra measures have yet been taken against the storm.

Well, luckily we have these Deltaworks, check out this awesome video by Levi Hildebrand:

Need some peace and quiet this Autumn? Visit the Japanese Garden in The Hague

The Japanese Garden in The Hague is opening up again! Twice each year, this tranquil hideaway in The Hague opens...