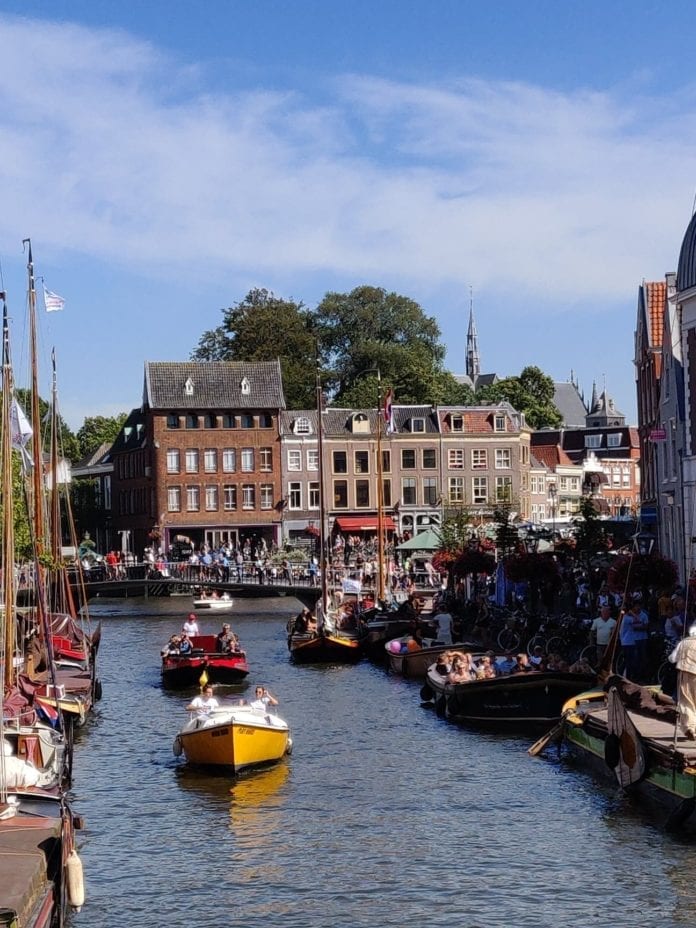 Many Leideners wandering past Hoogstraat on Monday evening wondered why on earth there were ambulances flooding the streets, along with a police car and a fire engine. Turns out – a baby had been born in Annie’s restaurant!

The scene, which looked pretty dire at first glance, was actually both funny and delightful. A woman came bursting through the doors of the restaurant asking to use the ladies’ room, and a while later she was giving birth on the restaurant couch.

“You do not experience this every day,” said Ilona, who works at Annie’s. Apparently the expecting mother declared she had a pain in her back and stomach. She couldn’t help but lie down.

The pregnant woman called her husband, who came as quickly as he could, but then left again to grab the car to take her to the hospital. During that time, someone suggested ringing 112 because the contractions were too close together. Despite her husband being gone, the woman knew this was the right thing to do.

All in all, it took just 45 minutes from the moment the woman walked in to the baby being born. And thankfully the father was back in time to experience it! (as well as the everyone else at the restaurant)

What a beautiful story! Mumma and bub are both doing well, which is great news. The child is called Chloe, not Annie (sadly), but they are pondering over Annie as a second name. We can only hope.

What would you do if you were in the middle of dinner and you noticed a customer pushing out a tiny human? Would it put you off your food? Or would you celebrate the miracle of life with another glass of wine? Let us know in the comments…

Previous article
What’s happening in Tilburg in 2018/2019: events, parties and festivals in Tilburg
Next article
5 Things to check out during the Dutch Design Week in Eindhoven in 2018

Abigail Claire
Abbie, a writer from the UK, fell in love with the Netherlands when she was three years old. When she’s not spending her free time painting canals or playing the guitar, she’ll be off travelling somewhere (and probably getting lost).