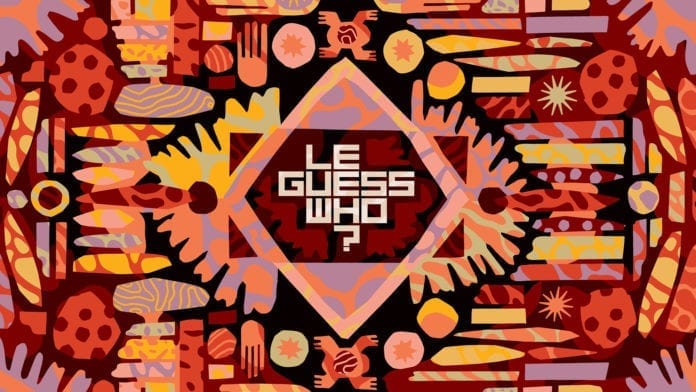 Le Guess Who?  festival is happening this weekend (8-11th November) in Utrecht and there is every reason to get involved in one of the most diverse, inspiring and experimental festivals to witness not only in the Netherlands, but worldwide.

While in the past, the festival included some well-known figures, this year is particularly niche. There is even a strong likelihood that you won’t recognise any of the acts taking over the expansive selection of stages around Utrecht. Do not fear and do not let this put you off. If you are the kind of person who is open to new and often weird experiences and you’re not bothered by a lack of commercially recognised artists, then this really can be the festival for you. The people behind Le Guess Who? have worked hard to bring in acts from every corner of the globe and these acts are masterfully curated by artists themselves. You can be sure that there will be quality spilling from the venues of Utrecht – from cafés to wharf cellars, from open air at Neude square to he epicentre of it all: TivoliVredenburg.

Please don’t let the lineup intimidate you. Instead: embrace and trust in its diversity. To really get to grips with the program and to plan your routes between venues, you may need to commit time to research.

Stumped by the festival programme? Here’s the good news

Help at hand: I’ve scoped out some of the acts, blogs and interviews to present to you what I find to be the most exciting and relatively accessible artists. I’ll be enjoying the four days myself (I have taken off work!) I am pre-dosing on multivitamins and good nights of sleep, and have stocked up on coffee beans to return home for quick shots of espresso between gigs (thankfully I live a 4 minute cycle distance from Tivoli). I will need all the energy I can get because, although the the vastness of talent to marvel at will be impossible to cover in full, I know that every extra gig I go to will be worth it.

“It’s the kind of thing that fans and artists and industry folks alike speak of with reverent memories, the one everyone deeply respects, the one everyone says is gratifying to play and gratifying to witness, because no matter how well-versed or -traveled you are in the music world, chances are Le Guess Who? is going to have plenty of options you’ve never heard of before.” – Stereogum

So here you go: my plan for Day 1, Thursday. I think I’m only covering about 10% of what is out there, but we all must make sacrifices.

We have established that some of the acts are quite niche, so let’s begin with solo artist Colin Stetson who is no stranger to collaborating with some of the most well known acts. The extensive list of of bands and musicians with which he has collaborated illustrates his calibre: Tom Waits, Arcade  Fire, Bon Iver, TV On The Radio, Feist, Laurie Anderson, Lou Reed, Bill Laswell, Evan Parker, The Chemical Brothers, Animal Collective, Hamid Drake, LCD Soundsystem and The National. He plays rich and polyphonic compositions principally on the saxophone and clarinet. Allow yourself to see how these instruments can be stretched beyond traditional expectations in this beautiful old church in the centre of the city.

I plan to get on my bike to make it to Tivoli’s large hall on time for Art Ensemble of Chicago, the avant gard jazz group who have been going since the 60s. This kind of act highlights the mix of the contemporary with the legendary and heading to this gig certainly means being in the presence of jazz legends.

I’ll return to Janskerk for a recommendation which came from the organiser of Le Guess Who? as Thursday’s top pick: Jerusalem In My Heart.  This is to be a more ambient experience as a live audio-visual performance project. I’m looking forward to chilling out. Get a flavour of it in the video below.

Thursday is usually a school night, but as I said I’ve booked Friday off work. While my late nights are limited these days I do want to see the queen that is LYZZA at Basis. Described as a “semi-weird and very cool” new arrival to Amsterdam’s techno scene, her Brazilian roots come out with heavy bass and I am seriously looking forward to checking her out in person for a good dance.

The rest of the time in between I will leave for spontaneous chance encounters with new acts. My schedule after Basis: home – Water – bed.  Day two is coming.  I’ll be writing about the line up in articles to follow!

Sounds like your kind of thing? Why not read our article on 5 tips to make the most of Le Guess Who festival? Tag a friend and get to Utrecht this weekend, then let us know what artists you’re dying to see. Let’s get jiggy!

Previous articleRead up! The top 3 English-language bookstores in Amsterdam
Next articleFrom Amsterdam to Groningen in less than 1.5 hours: NS is testing this high-speed service soon!

Jane Butler
Jane always liked bikes, boating and lekkere biertjes so she decided that the Netherlands was the perfect place to settle. She has a masters in Cultural Anthropology and spends her time pondering and writing about society and sustainability. She is learning the double bass and attends lots of gigs for musical and creative inspiration.

A guide to Utrecht: 18 things to do in the city

Located in the very centre of the Netherlands, Utrecht is home to iconic landmarks— such as the Dom Tower, and...