Things to do in Willemstad (the Netherlands one, and why it has such an interesting history) 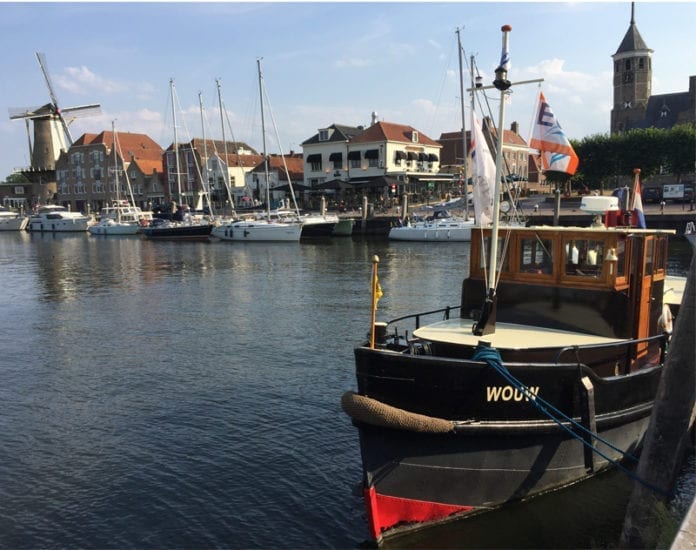 Did you know that there are plenty of things to do in Willemstad? You would be surprised! So if you’re looking for a new day trip destination, then Willemstad is the place for you. Here is just a small taste of what this lovely city has to offer.

The Charm of Willemstad

Willemstad in Noord Brabant has the charm of a storybook village with a small historic quaint harbor where multimillion euro yachts are snugly parked side-by-side. Within a few meters of the dock is a row of restaurants where you can overlook the harbor while enjoying a quiet relaxing lunch, dinner or a beer. This is why there are some many things to do in Willemstad. A stately white windmill at the harbor’s end, sitting on a rise, has the dominance of a harbor master. The former flour mill is now a magnificent private residence.

The history of Willemstad

Although Willemstad’s fortresses were to be demolished in 1926 by royal decree, nobody got around to doing it and today the town is considered one of the most beautiful fortified towns in the Netherlands. Willemstad has 67 national monuments and several significant historical sites and events that shaped the history of the Netherlands including the Mauritshuis (Maurits House); Koepelkerk (Domed Church); the sinking of the German boat Rhenus 127 during WWII; the WWII German underground bunkers, military garrison and anti-aircraft batteries; and we can’t forget the 6,500 year-old “The Man from Willemstad.”

Willemstad started out as a simple hamlet called Ruigenhil. In 1565, Ruigenhil became a hunting ground for the gentry, as the surrounding marshland became a polder (land reclaimed from the sea). Ruigenhil was renamed Willemstad in 1584 in honor of Willem of Orange, after his assassination by Balthasar Gerards, a crazed French Catholic. Considered the Father of the Netherlands, Willem of Orange (Eng: William of Orange) was also known as Willem I Prince of Orange, Count of Nassau-Dillenburg, founder of the House of Orange-Nassau, Willem the Silent and just plain Wil to his friends. These incarnations must have been used to confuse the Spanish. Whom to address a life or death edict to?

Reminiscent of the American Old West, Philip II, the devout Roman Catholic King of Spain who ruled the Netherlands, issued an edict in 1580 declaring Willem an outlaw. He put a 25,000 guilder (475,000 Euros today) price on his head for anyone who delivered him, dead or alive. In the proclamation, Willem was described as a bigamist, a drunkard, a man who changes his wife as easily as he changes his religion. He was blamed for all the political and religious turmoil of recent years.

Willem did not take this lying down. Silence was not an option. He responded to the edict by accusing Philip of adultery, incest, murder and of being Spanish. Whatever the truth or fake news, Willem became a target for any extremist. Enter Balthasar.

Balthasar hated Willem for his politics, his opposition to Spanish rule and his criticism of the Roman Catholic Church. Willem, born a Catholic, became a Protestant and followed the philosophy of Dutch humanist Erasmus who was also a strong critic of the Roman Catholic Church. Both didn’t like the way the very rich and powerful Catholic Church dominated people’s lives and their politics through church appointed minions of wealthy landowners and the nobility. And Willem’s second marriage to a Lutheran didn’t help his popularity among the Catholic hierarchy. The Dutch Revolt, started and inspired by Willem, lasted for 80 years, from 1568 to 1648.

After Willem’s death, his son, Prince Maurits, gave Willemstad city rights in 1585. Very nice gesture. Because of its strategic location, Willemstad became an important part of the Zuiderwaterlinie (Southern Water Line), a historic line of defense under the control of the Dutch military during the 16th and 17th centuries. This chain of forts and fortified towns, the longest in the Netherlands, provided protection against the invasion of Spanish and French troops.

The German inland shipping vessel Rhenus 127 was built in 1922 was carrying more than 1200 Belgian prisoners of war on May 30, 1940. Nearing Willemstad the ship hit an underwater German magnetic mine. The ship exploded and quickly sank. 167 soldiers died and 276 were wounded. The fallen are commemorated each year on May 30 at the Belgian Honor Cemetery, located nearby, with a wreath laying, organized by the Belgian National Fighters Union. 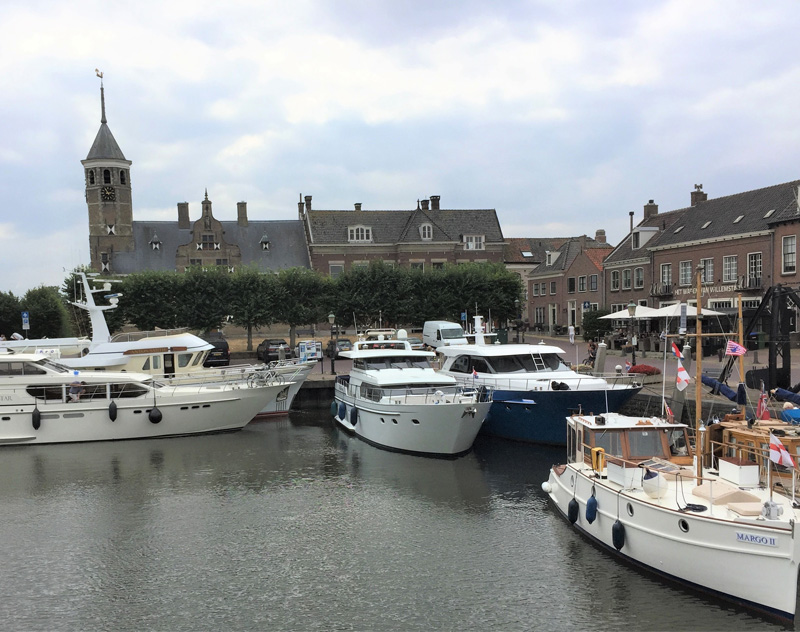 Willemstad has seven bastions named after the seven original provinces of the Dutch Republic in the 16th century. Holland Bastion faces west toward the open sea on the wide waterway called Haringvliet. Between 1940 and 1945, to defend the entrance of the Hollands Diep, two German gun casemates and large bunkers with an underground labyrinth of passageways and rooms were built on the old ramparts of Bastion Holland.  A casemate, also known as a pillbox, is a small cement enclosure in the wall of a fortress, with openings from which guns or missiles could be fired. The anti-aircraft gun positions can be seen as you walk through the eerie series of bunkers.

Things to do in Willemstad: Where to visit

Exploring Willemstad is quick and easy. There is no shopping district. You can walk leisurely through the streets lined with attractive homes. Some of the entrances to the front doors are over little wooden bridges crossing a narrow channel of water. There is a choice of more restaurants with outdoor terraces under a row of trees in the middle of a divided main street. A walk on the town’s rampart takes about 45 minutes. Along the way, you encounter several historic remnants such as a military gunpowder house built by Napoleon when the French occupied the town in the early 1800s. He liked the fortified town so much that he stockpiled gunpowder there. No fear, it’s empty now, but the building remains.

On the way to Mauritshuis and Koepelkerk, you may want to stop for a cup of coffee or tea in the garden behind the cozy Mauritz Restaurant, Grand Café, Hotel & Salon on Landpoortstraat. The 19th century building that has been renovated with love and care. The granite floors, tile mosaic and the wooden bar in the Grand Café has the atmosphere of a Parisian brasserie. The enclosed garden is a quiet place to relax and rest your feet. Don’t forget to order one of their delicious desserts.

The Mauritshuis was a hunting lodge and country house that was built in 1623 by Maurits van Oranje under the name Princehof. During WWII it was used as a German military police barracks. From 1973 to 1997 the building was used as Willemstad’s town hall, until it merged with the municipality of Moerdijk. Now the Mauritshuis is a local history museum and used as a venue for business and private events, including weddings.

The “Mannetje van Willemstad” (The Man from Willemstad) is a 6,500 year-old human figure of which only the head has recognizable features. It is the oldest artifact found on Dutch soil. The oak statue was discovered in April 1968, during the construction of the Delta Works. The statue rested in a layer of peat at 8 meters below the water level, between the roots of an oak tree. The Man from Willemstad has a cheerful smiling happy face and could be considered the world’s first smiley emoticon. The figurine has an enigmatic smile. No one knows why both are smiling. You can visit him in Rijksmuseum van Oudheden in Leiden.

Constructed in 1597 Koepelkerk is the first church built in the Netherlands specifically for Protestant worship. It was meant to be a Catholic church, but the local nobility called “geuzen” opposed Spanish Catholic rule and building a Catholic church in their neighborhood was not in the cards. Prince Maurits provided financial support for the church, only if it would be built in a round or octagonal shape, which was unusual.

If you want to spend a day soaking in some history, taking a leisurely walk on the tree-lined rampart, eating a good meal and exploring a town named after the Father of the Netherlands, visit Willemstad.

All photos by the author!

Have you ever been to Willemstad? Let us know in the comments!

18 unbelievable things to do in Utrecht in 2022

The Dom Tower, the Miffy museum, the inner city's sunken canals — there are tons of things to do in...