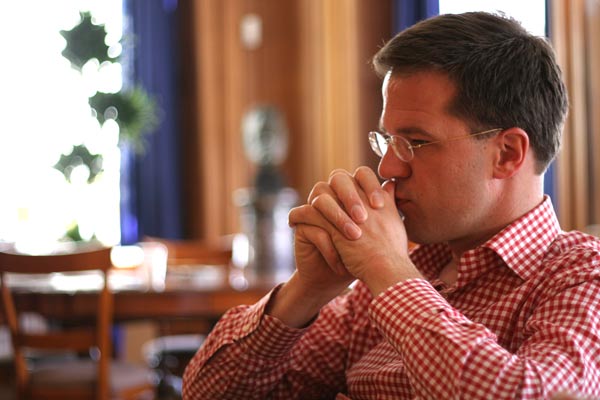 Prime Minister Rutte’s mother has passed away at the age of 96. Rutte has respected the coronavirus rules and not visited his mother in her nursing home in The Hague.

Mieke Rutte-Dilling passed away on 13 May, but her death was announced yesterday by the RVD. She did not die of coronavirus, though the virus was present in the nursing home where she lived.

When asked if Rutte had indeed not visited his mother before she passed away, Rutte’s office confirmed that he had indeed obeyed all the coronavirus rules and not gone into the nursing home.

Via the RVD, Rutte said that he and his family hoped to be able to deal with this loss together soon. He also expressed gratitude. “In addition to the great sorrow and all precious memories, my family and I also have a feeling of gratitude that we were allowed to have her with us for so long.”

Mark Rutte’s mother has died – apparently not from the virus, but she was living in a facility where there had been an outbreak, and had a closed funeral. In the days since, “the Prime Minister simply continued working”.
Hard times, which touch us all.https://t.co/SQRVXJHzgS

On 1 June a trial will begin in the Netherlands where some nursing homes will reopen to visitors, to be followed by all nursing homes on 15 June- provided things go well.

Dutch social media has been filled with condolences and messages of appreciation of the Prime Minister’s decision to respect the lockdown. Rutte has also received messages of condolence from other political parties such as PVV, 50PLUS and DENK.

Dutch PM Mark Rutte did not visit his dying mother due to #COVIDー19 restrictions. He understood that he had to adhere to the standards in public life that he himself had set.https://t.co/L5MrGNvmb3

Lots of people, including the Guardian, have drawn parallels between Rutte’s decision not to break the lockdown for personal reasons, and the current British controversy about the actions of Dominic Cummings.