Scotland has become the first country in the world to make pads and tampons free for girls and women, after parliament unanimously passed the legislation on Tuesday.

Pads and tampons have already been free for Scottish students since 2018 and they will now be available for free in public places such as sports clubs, universities, etc. It’s a huge win for all Scottish women.

But it also makes you wonder: why is this not the case in the Netherlands? Why are toilet paper, hand soap, and paper towels always available for free in public restrooms — but menstrual products are not?

Research by De Bovengrondse has shown that 10 percent of young women in the Netherlands sometimes cannot afford sanitary pads or tampons. In fact, one in 10 Dutch girls may not go to school because they have their period and have no money for tampons.

A pack of sanitary pads at the supermarket or pharmacy costs €1.09. Some may say that is not that expensive. But for many low-income families, particularly those with daughters, that price can be a huge barrier.

READ MORE | Women’s healthcare in the Netherlands: the complete guide

A study from Plan International has shown that almost 10 percent of Dutch girls and women between the ages of 12 and 25 only sometimes have enough money for sanitary pads or tampons.

In the Netherlands, many people with a low income can go to the food bank to get something to eat. But when it comes to menstruation, period poverty is a cause for (extra) stress, especially for lower-income and homeless women, or women who are in prison.

It is an extra expense that people usually don’t think about and can lead to unsanitary and unhealthy conditions with the problems that come with them if we ignore it as a society.

Efforts to make pads and tampons free in the Netherlands

The Dutch House of Representatives has discussed making sanitary products for women free — to no avail.

According to Het Dames Verband, a period fundraising campaign from De Bovengrondse, the government believes it has enough measures in place to reduce poverty.

However, change may be possible on a municipal level. Amsterdam, Utrecht, and Gouda are all investigating how they can relieve period poverty for their residents.

Het Dames Verband is continuing on a quest for more research, and initiatives to make menstrual products free of charge (or reimbursed) in schools, shelters, and other public places.

READ MORE | Universal Basic Income in the Netherlands: would it work?

Around the world, there are currently about 800 million girls and women having their periods. While all of those women need tampons, sanitary pads, or other forms of sanitary products, many don’t have access. Some women resort to using rags, whatever they have nearby, or nothing at all.

As we know, menstruation is natural, biological, and often unavoidable. In many cultures, even here in the Netherlands, menstruation is still very much a taboo, and people who are less fortunate are often ashamed of their financial situation.

Due to the taboo surrounding menstruation and the shame of a low income, period poverty and shame are things that girls often have to deal with.

The truth is this: women should not be dependent on their income when it comes to hygiene during periods. Menstruation is just as much a part of going to the toilet as having a bowel movement. It is natural and making women spend money for it is both unfair and feels like punishment for something they have no hand in.

Sanitary pads, tampons or other hygienic means for menstruation should be free and available wherever toilet paper is available.

Kudos to the Scots on the initiative. Now, we are waiting for the Netherlands to follow in their footsteps.

Eliminating period poverty in the Netherlands can be achieved. We need to stop talking about it and just do it. Access to free menstrual products is a right. Period!

Do you think pads, tampons, and other menstruation products should be free in the Netherlands? Tell us your thoughts in the comments below! 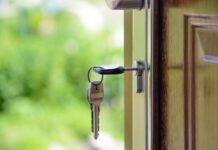