To be honest, I’m not someone who knows a lot about industry: the closest I come to engineering is using tape to make my laptop charger last just that bit longer. But going to FutureLand is super enjoyable for everyone, whether you’re a shipping geek or a newbie like myself.

If you haven’t heard about FutureLand yet, here’s the low-down. FutureLand is based on the Maasvlakte 2, the newest development at the Rotterdam port, which was reclaimed from the sea around 2010. It’s an interactive place where you can learn about the history of the Rotterdam port, as well as its current role in the economy of the Netherlands.

How do you get to FutureLand?

So, how can you get to FutureLand? We went by car, and the drive was really pleasant, taking us through the industrial hub of the Netherlands. That doesn’t sound like a particularly scenic route, we will admit, but it was super interesting to see.

If you don’t have a car, you can get to FutureLand in a couple of different ways. You can head there from the centre of Rotterdam on an organised bus tour or a boat tour by Spido.

Another way to get to FutureLand is to bike to Hoek van Holland and then get the Fast Ferry over to Maasvlakte 2. That’s the perfect option if you can’t drive, or if you’re looking for a more adventurous way to get to the port (tag us if you do!)

The boat tour: a massive experience

We’re not people who pick favourites, but if you forced us, we would definitely pick this boat tour as our favourite part of the FutureLand experience. Our boat trip was 1.5 hours long, but there’s also an hour-long version. The tour takes you around the port, bringing you past some absolutely massive ships.

The boat has an enclosed downstairs and an exposed upstairs area, so depending on the weather you can either stay cozy inside or sit decadently in the sun. We had a wonderful sunny day, but it’s definitely worth bringing a windbreaker with you on the boat tour, as it can get pretty nippy out on the water.

We were very lucky with the day we chose to do our trip, as the biggest ship in the world was docked at the port. It’s hard to describe how awe-inspiring it was to see such an enormous vessel.

Then we passed along the port, and saw lots of cargo ships being loaded and unloaded along the docks. These, too, were just incomprehensibly big. Some of them, like the blue ship below, can only be fully loaded in three ports in the world- of which Rotterdam port is one. That’s a major reason why Rotterdam port attracts so many cargo ships from around the world: in Europe, it’s often the only one that can accommodate the bigger ships.

There’s also another reason why a visit is interesting, especially if you want to bring your kids. Like the story about the milk coming from the cow, us too, and especially a younger generation has no exact image of how the stuff you’re reading this article on has arrived in your hands. Seeing all those containers being shipped and the gigantic scale of the operation really makes you conscious of the trip your stuff makes.

“From sea to innovative port”

After our boat tour, we had a chance to explore the museum of FutureLand. You might not necessarily expect a port to have a museum- at least that’s not the association we had- but FutureLand’s museum is excellent. It’s really interactive, and they’ve managed to maintain that spirit despite the coronavirus regulations.

One of our favourite parts of the museum was the bird’s eye view photos of how the port has changed over time. It was really fascinating to see how the port has grown from literally nothing to the powerful economic hub it is now. Seeing the huge changes that humans had made to the shape of the land and the port itself was awe-inspiring. There were models showing how the port was constructed, and even an interactive game you could play to construct your own sea wall, which basically qualified us as full-blown engineers.

FutureLand also regularly puts on really cool activities: both for children and school tours. One awesome example of this is their fossil tours, where a guide will take the participants (children and parents welcome alike) onto the Maasvlakte beach to look for fossils. You’ll also learn lots about the archeological and paleontological background of the site.

We also got to learn lots about all the different jobs that go into making a port run smoothly, which was super interesting. Rotterdam port employs tens of thousands people, from crane operators to engineers to tour guides. It adds €45.6 billion, directly and indirectly, to the Dutch economy every year. If you’ve ever wondered what port job we DutchReviewers suit best, we even have the answer to that existential question for you. After taking an interactive quiz, it was decided by the port gods that we suit the position of Crew Member best.

You don’t necessarily come to an industrial area expecting to learn about prehistory, but that is exactly what we got to learn about at FutureLand. Did you know, for example, that between 250,000 and 1.6 million years ago, woolly mammoths lived where the Rotterdam port is now? Even more unbelievable: between 22,500 and 750,000 years ago, Straight Tusked Elephants lived in the Netherlands. Their tusks were 2.5m long, and their shoulder height was 7.5m. There was a whole section of the museum devoted to these prehistoric animals. For each animal that was talked about in this section, at least some fossilised remains had been found where the port was built.

The future of the Rotterdam port

After so much development in recent years, where is the Rotterdam port going in the future? And what can FutureLand tell us about it?

First of all: sustainability. The most striking thing you see, upon pulling up to FutureLand, is a gigantic wind turbine. It’s the most powerful wind turbine in the world, creating enough electricity to power 16,000 homes per year. Although this particular wind turbine is a bit special, it’s certainly not alone in the port. There are lots wind turbines throughout the Rotterdam port, harnessing all that strong sea wind to create green energy. They create about 200 MW of energy, which equals 10% of the Netherlands’ total wind energy capacity.

The port is also becoming more and more digital. On our boat tour of the port, we learned about how the cranes are operated. Most of the cranes you see lifting containers on and off of the ships are not actually operated by someone inside them. If you look closely, you’ll see that there’s often no one sitting in the control tower of the cranes- it’s now done mostly remotely.

And then there’s the question dearest to all Dutchies’ hearts: reclaiming land from the sea. As we’ve already mentioned, the piece of land that FutureLand sits on is called Maasvlakte 2, and was reclaimed from the sea over a five year period. Yet more development has taken place over the past years at the Rotterdam Port, including the deepening of the Nieuwe Waterweg, to allow more ships to pass through.

So, would we recommend going to FutureLand?

I think the answer is pretty clear, but just in case: yes, absolutely we would! The boat tour is an absolute must, if you end up going yourself. The museum will teach you about the history of the port, as far back as when woolly mammoths roamed the plains of Rotterdam. And we also found it fascinating to learn about the current and future developments that the port is going through. If you were wondering about how you can best access the tour and museum in English, then rest assured: there are audio tours for both, so you can chill out and watch the ships go by in whichever language you’re more comfortable in.

If your image of the Netherlands is of stroopwafels and pepernoten, then you’re not exactly wrong. But the Netherlands is also what you can see at FutureLand: a powerhouse of industry and innovation, a world leader in everything from sustainability to the sheer size of the ships that can enter the port.

So if you want to explore a different side of the Netherlands, then get yourself over to FutureLand. You won’t regret it.

Have you ever been to the port of Rotterdam? Let us know in the comments below. 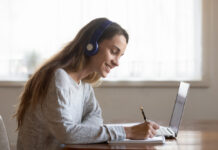 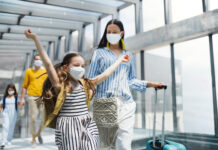 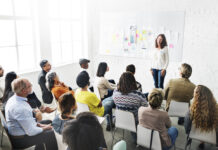 Speak French and want to work in the Netherlands? This recruitment event is for you! 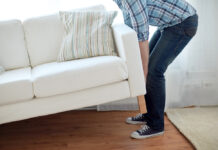 Guide to furnishing your house in the Netherlands (cheaply)!