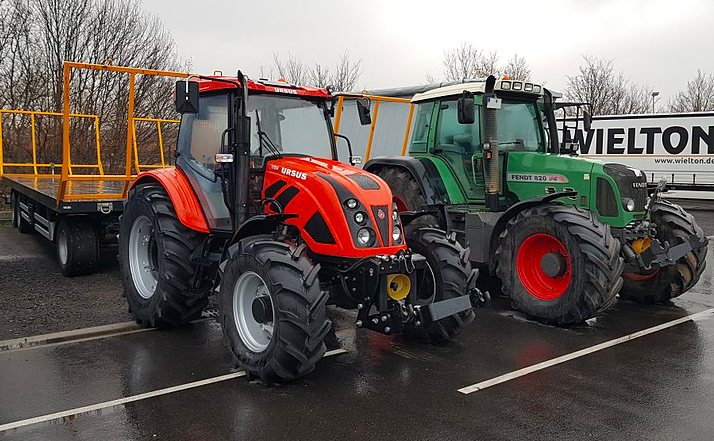 Farmers are expected in large numbers at the RIVM headquarters at Bilthoven today. The army was deployed there yesterday to set up blockades, and RTL Nieuws reports that there are concrete blocks, fences and police cars there to block the access roads. There may also be protests in other parts of the country, including Lelystad airport and Groningen. Whether farmers come by tractor or car, you can expect extra traffic on the roads today, and potentially some congestion on the roads.

Tractors and agricultural vehicles have been banned to prevent congestion and unsafe situations. The ban applies to public roads, parking spaces and other public places. It has sparked fury in the Farmers’ Defence Force (FDF), with leader Mark van den Oever saying that the group had been in a productive conversation with the municipality of Utrecht, “and suddenly agricultural vehicles were no longer allowed. We are going to call for cars, but I cannot fault any farmer if they do drive tractors.”

The issue the farmers are protesting against is how the RIVM calculates nitrogen output, claiming that it is unreliable and unfair. The RIVM calculates how much nitrogen is deposited in sensitive nature areas from industries like farming, building and traffic. However, the institute does not make the policies, which are what the farmers actually have a problem with, says researcher Kees van Luijk from the RIVM.

While the nitrogen regulations impact farmers in several ways, the one that is getting the most attention at the moment is the requirement to lower the amount of protein in cattle feed. Lower protein food produces less nitrogen, and the government intends to use the nitrogen that is “left over” from this change to allow more houses to be built (the Netherlands has been facing a housing crisis for the past few years). However, dairy farmers are worried that lower protein food will reduce milk production and damage the health of their cows. The agricultural research unit at Wageningen University does not believe these fears are justified.

How do you feel about the protests? Do you support the farmers or not? Let us know in the comments below.