For the first time ever, we now have a photo of a black hole and its shadow. Event Horizon Telescope (EHT), a network of 8 radio telescopes, was used to take this picture. The astronomers involved in this project come from Radbound University, University of Amsterdam, Leiden University, NOVA-technical submm-group of the University of Groningen and JIVE.

This black hole is 55 million light-years away from Earth and 6.5 billion times the mass of the Sun. They are cosmic objects with a lot of mass, but are small in size, where they have a massive gravitational effect on its environment.

First image of a black hole: Who should we thank?

Sheperd S. Doeleman, the director of the EHT Project said a huge milestone in astronomy has been reached because of the team of over 200 researchers from 18 different countries. Stephen Hawking would have been proud!

The team observed two black holes over several days in April 2017 – one in the galaxy Messier 87 and one in the center of the Milky Way called Sagittarius A*. They combined the data they got from the 8 telescopes in the network, and found out they could get a clear picture of the one in M87. Now that they have successfully gotten that, they are going to turn their attention to Sagittarius A*.

Did the Netherlands have a part to play?

Amongst them was a team of 10 researchers and students from Radbound University. They were on this project for the last two years so that we can have this image. They were present when different observations were made with the different telescopes, contributed to data analysis and development of theoretical models.

University of Amsterdam also contributed in modelling and interpretation, the Allegro group of the Leiden Observatory played a part in the calibration of observation, JIVE helped with the data-analysis software, and NOVA submm group of the University of Groningen helped with specialised equipment.

How cool is this, right? So many mysteries of the universe still left to be unlocked, such little time. 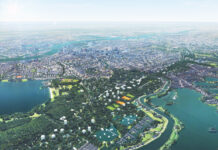 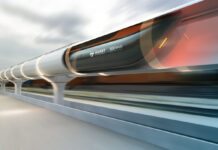