War of the Bitterballen heats up in Utrecht 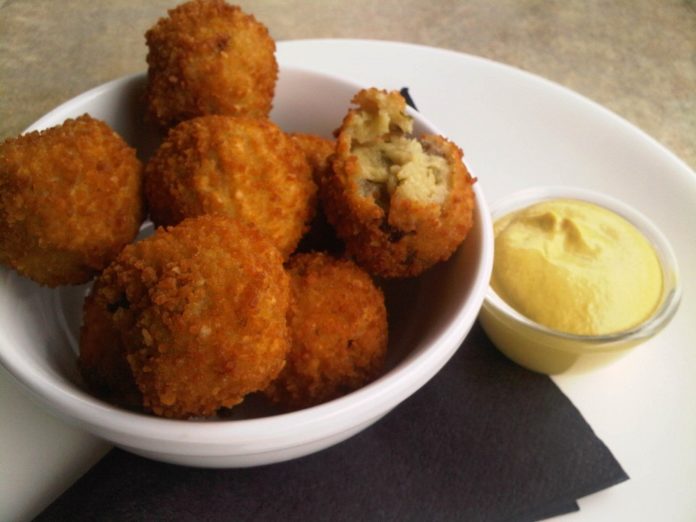 As you all know the Dutch like their bitterballen very much. These meaty balls with a potentially extremely hot substance are by most considered to be part of the Dutch cultural heritage like sitting in a circle-of-death at a birthday. So it’s to my astonishment that this vital piece of Dutch cuisine is under fire in Utrecht?!

Yesterday the Party for Animals launched a motion that at least half of the bitterballen served at the cityhall should be vegan. Obviously (not sure if I’m cynical myself), the VVD in municipal council did the decent thing and immediately ordered up a few plates of non-vegan-probably-meat bitterballen.

This was of course the decent thing to do by the VVD, and everybody was expecting years of bitterballen fun to continue – UNTILL in a sheer-red-wedding-like moment the people from D66 and GroenLinks supported that vegan motion! THE MOTION PASSED

So what now? This has turned into a principal matter for the VVD now, since they’re determined that everybody should decide for themselves if they are going to eat meaty balls or not. And they’re against parties and a government that makes ‘the fun things of life harder’ (if only the VVD said the same about softdrugs). The VVD is now calling on an open and personal vote, in order to sway some members of D66.

But D66, also liberals, they reason the other way and state that this motion actually gives people the freedom of choice when it comes to what they eat. Since now a vegan portion is guaranteed now.

So what do you think? Is a vegan bitterball the work of crazy non-Netherlands-loving people? Is the VVD secretly getting high before citycouncil meetings? Has cucumbertime officially started?

Your guide to drop: the Dutch take on liquorice

The infamous Dutch drop: some salivate at the thought of it, while others wince and pucker. Dutchies love it, but it...