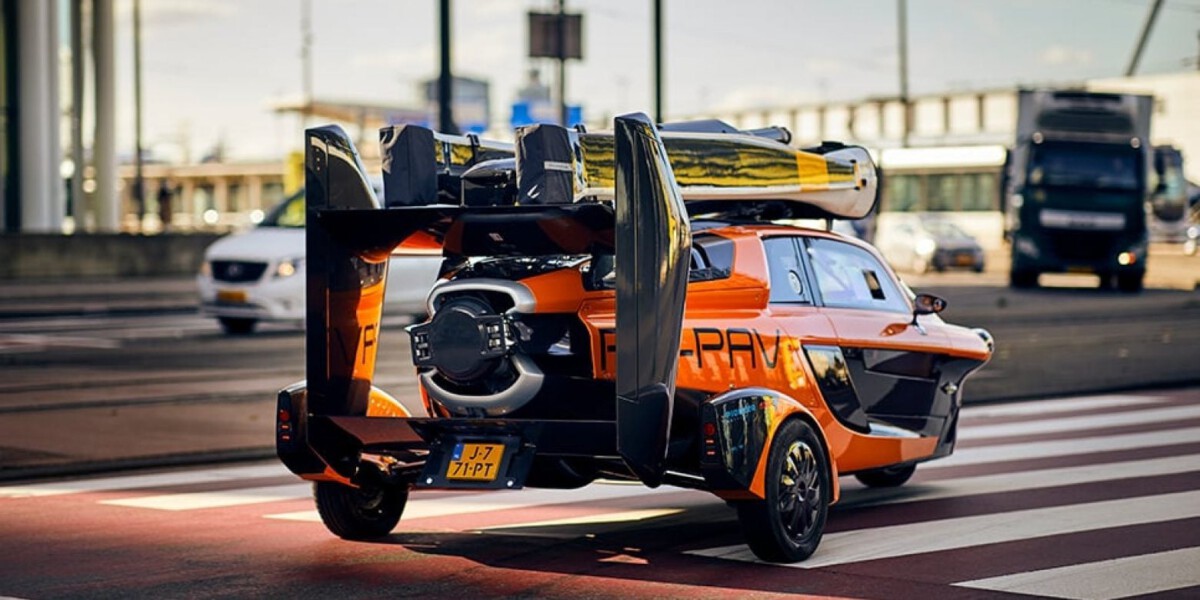 Turns out the movies about 2020 were right — the world’s first flying car has arrived! And developed right here in the Netherlands, no less.

Dutch company Pal-V has been designing the Liberty since 2012 and the model has finally been cleared for road use by vehicle licensing agency RDW. It’s a significant milestone for Pal-V, as the car can now be officially registered and tested on public roads.

If you’re imaging a hover-craft-like car, that’s not exactly what the creators have gone for. Rather, the car turns into a kind of gyrocopter using a push propeller and rotor on the roof of the vehicle. Two Rotax aircraft engines on the sides drive the flying car forward.

The car can transform from a road-going vehicle to an aircraft in only 5-10 seconds. Even easier, the car runs on Euro 95, so you can fill up to fly at the local gas station.

This flying car has gained EU’s approval to run on roads, according to its Dutch maker Pal-V, one of the first ever to do so pic.twitter.com/6ZGnAyc3T3

The Liberty is different from other Vertical Take-Off and Landing (VTOL) vehicles currently being developed because it cannot take-off vertically. The Liberty’s dependence on short runways to take off is, unfortunately, a down-side to this model.

Further, the combustion engines used are not quite the latest technology available, and this has contributed to delays in its development, reports AD.nl. Liberty’s main competitors are drone-like VTOLs powered by electricity.

The last test flights for the Pal-V Liberty are expected to take place next year, with the hope that it will be granted a flying permit by 2022. Meerkerk in Utrecht has been ear-marked as the flight testing location.

A Pal-V spokesperson explained that the company is in dialogue with Dutch municipalities to build around 300 metres of motorway exits for the future.

“It will soon be the only vehicle that will allow you to fly and drive from door to door. You get in the car at your house and then drive to an airport to take off,” the spokesperson said.

Fancy a flying car for Christmas?

You can purchase and reserve the two-seater Liberty on the Pal-V website, but don’t sell your current car just yet. The company only expects the flying car to be ready for consumers by 2023.

Already Pal-V has 30 orders for the car, coming in at half a million euros each. Wowza!

Will you be lining up to purchase a flying car? Let us know in the comments below!