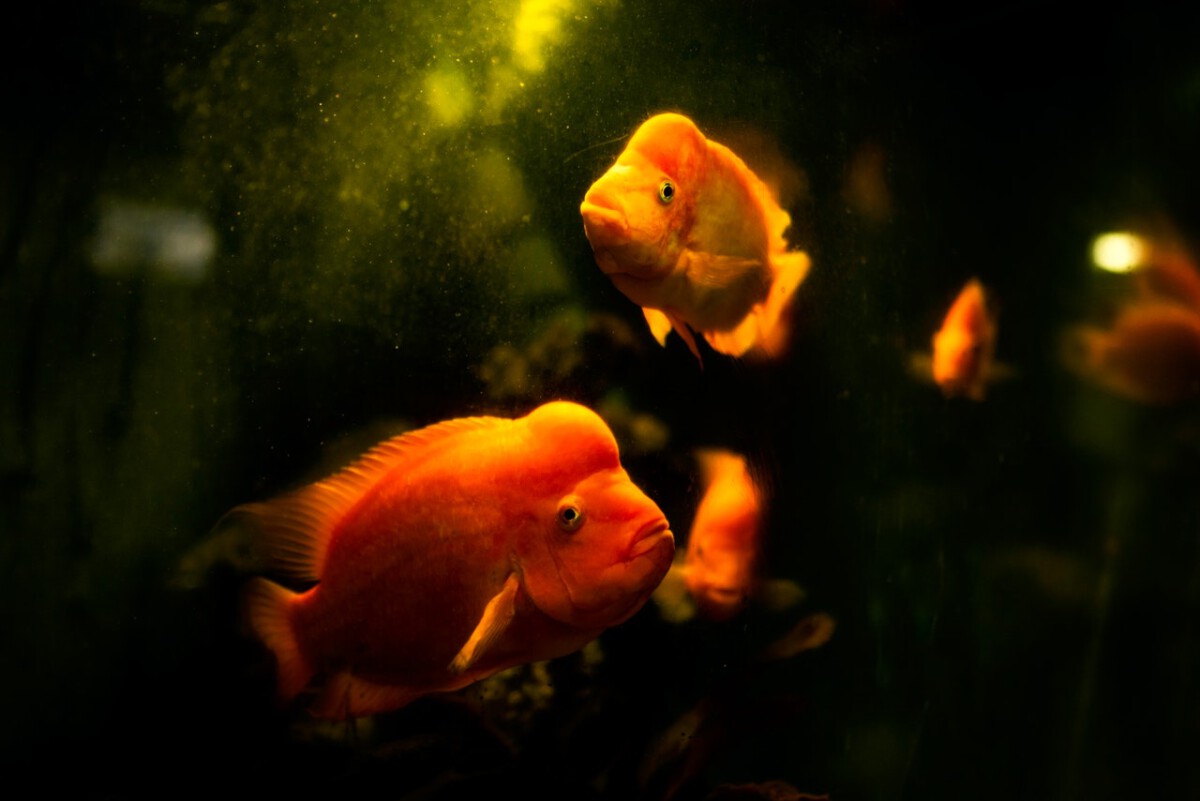 An Eindhoven man swallows two live goldfish on the terrace of a cafe, de Heksenketel. The disgusted owner bans him for a year. This isn’t the first incident of its kind in the Netherlands.

A video has recently made the rounds on the internet involving a man and his friends, some beer, and a couple of goldfish. In the video you see the men pour both of the goldfish into a glass and hand it to another man, who swiftly downs them. His friends laugh jubilantly, and after chasing the goldfish with beer, you hear the man hacking a bit.

(We’ve made the decision not to publish the video, but if you really want to you can watch it here.)

The owner of the cafe, Karel van Hek, did not find the situation so funny. “I was disgusted,” he told RTL Nieuws. “You have two kinds of people at events like this: one laughs about it and has forgotten it tomorrow, the other finds it disgusting and is going to do something. I belong to the latter group.”

Van Hek grew up on a farm and has now has a pond of his own with goldfish. He believes people must respect animals and take good care of them. “This is unacceptable,” he said. He spoke with the man who swallowed the goldfish and is exercising the maximum time extent of the ban from his cafe. “I don’t agree with what happened, and I am completely done with that person.”

At least it wasn’t a catfish?

This isn’t the first time a Dutchman has gotten in trouble swallowing a live fish. In 2016, a 28-year-old man in Rotterdam was admitted to the emergency room after taking a game of goldfish guzzling too far. What started with the young man and his friends swallowing goldfish from their home aquarium quickly escalated into swallowing a much larger and spikier bronze catfish.

A video from the incident (as described in a case report) shows a man as he tips back a glass of water with the live catfish in it, attempting to swallow it whole. His friends cheered him on, shouting, “Grote vis! Grote vis!” or “Big fish! Big fish!” The report states that four seconds later, he spits it out onto the table, where it floundered, “distressed,” and “agonised.”

This wasn’t the end of it. A second man made his attempt at the dangerous feat, swallowing some beer before dropping the spiny fish down his throat (one can only imagine it was by the traditional mode of haring eating). The scene gets much uglier from there, involving gagging, vomiting, and spewing blood. After several hours of apparently trying to dislodge the fish with more beer, honey, and ice cream, the man finally went to the emergency room, where doctors removed a “fish-like structure” from his throat.

Goldfish gulping is by no means a new craze. The first recorded incident was in 1939, by 18-year-old Lothrop Withington Jr., a Harvard student. He accepted the challenge to eat a live goldfish for $10, which drew an enormous crowd of spectators (to be fair, he chewed it). Before long, the stunt became popularised in drinking games on college campuses across the US.

What started as consuming one live fish, turned into two, then three, and so on. That same year, the record of 101 goldfish was set. Since then, the shocking party trick has popped up time and again in various social circles, often among young people in universities.

A simple right or wrong?

The question of ethics at the root of these fish-swallowing stunts comes back to whether or not it’s right to consume a living creature. While restaurant owner Van Hek thinks not, many argue that it’s simply a harmless shenanigan.

Those in favour of swallowing live goldfish may point out that foods such as oysters are eaten live all over the world without much question. In some parts of the world it’s even considered a delicacy to consume live seafood.

The odori ebi, or “dancing shrimp,” eaten in Japan and Thailand come swimming in a bowl of sake. Even in parts of the US, you can find restaurants serving live spiny lobster, with chefs claiming the meat tastes best right out of the belly of the still-living crustacean. And in India, a government-backed treatment of asthma patients involves eating a live sardine.

What do you think of swallowing live goldfish? Is it disgusting or harmless? Hilarious or criminal? Let us know your thoughts in the comments below!