Dutch directness: 5 questions you’ll get in the Netherlands in 2023 (and how to answer them)

There are questions that every foreigner will be asked by locals in the Netherlands, and in true Dutch style, they’ll be pretty direct about it.

Maybe you’ve heard about the bluntness of the Dutch, or have experienced it yourself already. Either way, here are some tips for how to deal with Dutch directness.

I arrived here young and silly, in love with a Dutch guy I had met in my home country, Australia. I had no idea about anything I was about to go through moving here and especially nothing about Dutch directness.

My initial experience with Dutch directness was a shock, to say the least. It hit me hard and I was left with my mouth wide open!

As an Aussie, I would say we tend to ‘beat around the bush’ and not really say what we are thinking. I was raised to be polite and basically, you should keep your mouth closed to avoid any type of confrontation!

It became apparent after living here for a year or two that I was being asked the same questions. At first, I didn’t know how to answer them, but after a while, I became a professional.

Here is a list of the most frequently asked questions I have encountered from the locals since my arrival and how you can answer them. This is my go-to guide to prepare you for Dutch directness!

1. Hoe is het met je Nederlands? (How’s it going with your Dutch?)

“How’s it going with your Dutch?” — This question is the number one, most frequent question you are sure to be asked upon arrival and throughout your stay here. It is a question that will never go away.

You will be asked this by absolute strangers, people you hardly know, grandmas and general people passing you in the street on a bike. You could be asked in any kind of setting, so be prepared.

The first few times I was asked this question, I was speechless! Later, I started to try my best attempt of:  “um, ja goed”

I was told, I sounded German. Well, Germany is close by, so that’s good right?! I often thought I was safe and this question wouldn’t be asked because I was at a place like a festival and being tipsy, they surely wouldn’t bring up such a subject…I was wrong. It didn’t matter if there was pumping music and I was already slurring my own native language, I was confronted with the recurring question : “Hoe is het met je Nederlands?” 😅

So, when you are asked this question, I suggest you are ready with a solid pronounced answer. Say it with confidence, even if you are shaking in your boots. Look them directly in the eye, stand up straight and practice, practice, practice! Be proud, be strong with a can-do attitude. Here are some helpful phrases to answer this question:

2. Don’t you miss your family?

Hmmm? Well of course I do. This question was asked repeatedly and usually straight after asking how my Dutch was. I was initially shocked when I was asked this as I was not sure exactly why I was being asked this. Were they trying to find out if I was a runaway?

Some people I barely knew gave me a look, like how could you ever leave your family? I felt strange, guilty and as though I had committed a crime for wanting to see the world, follow a dream and be young and in love!

Well, after some consideration, I guess it could just be a cultural difference. The size of this country means family is always close by and families tend to stay close to each other.

For example, my Dutch partner’s family all live in one village and they literally live one block away from each other. If I ride my bike through this village, I am sure to run into his aunties, cousins, and oma. In Australia, my family lives all over the country and so it is not given a second thought of how much distance lays between you.

I started to try to answer this question with things like:

“Ja, but technology is so good these days, so it’s fine.”

Nevertheless, I still felt like I was getting judgemental looks. My advice to answer this is perhaps not to try to defend yourself because there is no need to. My family loves me, and I love them (no matter the distance between us.)

This is a general question, which always follows a similar reaction.

“Where are you from?”

“I am from Australia.”

“Oh, my uncle’s son is there in blah blah blah…”

“My grandma’s sister went there back in blah blah blah…”

Okay, I get it, many Dutch people have a connection to my country but seriously I don’t care! Pardon me, if that’s rude, but I simply don’t.

I’m not sure if you will experience this coming from other countries, I’m guessing you will. Maybe you don’t mind at first, but after a while, it may change. My advice is to always nod and smile and pretend to be interested, it works best for me!

Here’s another video on how to deal with the Dutch and their directness:

Once I’ve established the strong connection between my country, this question is asked as a follow-up. I kind of enjoy this question thought, it humours me!

There is a look in their eyes, like how could I ever leave that amazing place, Australia, and come here? This rainy and grey country. 🌧️

Australia is often seen as a godly place with weather that is always good, and life is all rainbows and lollipops. Well, it’s not! THE WEATHER CAN BE TERRIBLE, it does get cold and life can be hard sometimes (yes, even with that amazing nature and long stretched sandy beaches).

On the other side of that question, why I am here? Well yes, I fell madly in love with a Dutchman.

READ MORE | Life as a lovepat in the Netherlands: 5 things I took for granted

“Oh, but why don’t you move to Australia?” they say.

I just blame my husband and say he is a mummy’s boy!

Why I am here? I ended up here, sometimes life does that and I do love my life here in the Netherlands! Be happy where you are. 😊

5. When are you leaving?

Okay, okay! Slow down, I am just getting used to the Dutch weather, so I think I won’t be leaving just yet!

So, there they are, the top five most frequently asked questions the Dutch asked me. I hope this comes in handy for your life in the Netherlands. I have now lived here for nine years and I can honestly say that I love Dutch directness.

There is nothing more amazing than knowing exactly where you stand with someone instead of having to second guess. I have even mastered it, telling people things I would have never dared say before.

What have your experiences been with Dutch directness? Tell us in the comments below!
Editor’s Note: This article was originally published in March 2018, and was fully updated in January 2023 for your reading pleasure. 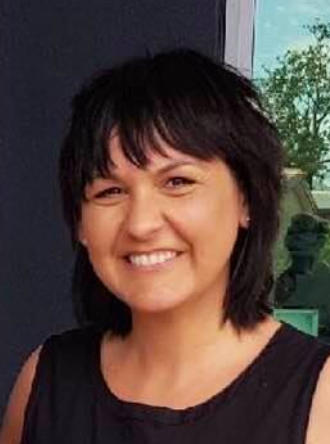 Biking in the Netherlands can seem daunting at first. Though, once you’ve taken off your training wheels, you'll find that...
Financial