When considering getting a visa for the Netherlands, the thought may have crossed your mind: “Can I just get a sponsored visa for my work?”

It may seem like an easy route; find a job, snap up an easy visa, and maybe even have your employer pay for your relocation costs to Holland. In practice — sadly, it’s not that easy.

Sponsored jobs are few and far between in the Netherlands, thanks to a highly-proficient workforce of Dutchies, and a work pool that includes almost the entire European Union.

What is a sponsored job?

Let’s jump into the basics first. A sponsored job refers to employment that is sponsored by your employer. Essentially, a company, university, or research institution in the Netherlands wants you, an international, to come and work for them.

This employer loves you so much and thinks you’ll do such an amazing job that they’re willing to go to vouch for you at immigration just to get you a visa to work in the country. Pretty sweet deal right?

But there is one main caveat: not every employer can sponsor someone for a job. In most cases, they first must be considered a recognised sponsor by the Dutch immigration department (IND). We’ll tell you exactly what a “recognised sponsor” is later.

What is the benefit of getting a sponsored job in Holland?

By gaining a sponsored job in Holland your life will generally be a lot easier than by taking another visa route. If you become employed by a recognised sponsor, you’ll enjoy a fast-tracked application for your work visa from the IND (Dutch Immigration Department). It will only take around two weeks to get a visa, instead of three months!

For you, that means less waiting around to get your visa, and a quicker chance to jump straight into your new job (and new Dutch life!)

There are other benefits too. For example, if you arrive to work for a recognised sponsor and you’re considered a Highly Skilled Migrant or have a European Blue Card, your employer has to give you a pretty decent wage:

Compare that to the Dutch minimum wage of €1,680 gross per month.

Is it difficult to get a sponsored job in the Netherlands?

This is the bad part — it’s not particularly easy to snatch up a sponsored job in the Netherlands. Some jobs are easier than others: for example, those arriving as an au pair often work through an agency that is a recognised sponsor, and there are typically more jobs available for au pairs than other professions.

However, if you’re in a field that has a lot of competition, particularly on the local market, some employers don’t want to go through the hassle of applying for sponsorship when they have a willing market of workers right in front of them.

Considering the Schengen agreement made it possible for anyone in the Schengen Zone (26 European countries!) to live and work in the Netherlands, this (unfortunately) happens more often than you think.

How can I get a sponsored job in the Netherlands?

However, if you think you’ve got a competitive edge or are trained in a much-needed workforce, you may have better luck. So what options will you have? Let’s take a look.

A highly skilled migrant (HSM) visa is one of the most common options for sponsored jobs in the Netherlands.

This visa is for people who are not from the EU, Liechtenstein, Norway, Iceland, or Switzerland, who are highly educated, and who are deemed to contribute to the Dutch knowledge-based economy. For example (but not limited to), a university lecturer, a scientific researcher, or a doctor in training.

To be eligible as a highly-skilled migrant, the migrant needs to:

If you don’t qualify as a highly-skilled migrant, your employer can also apply under other paid employment — or andere arbeid in loondienst.

This is difficult because you first must prove that no one in the local labour market can fill the position your employer is offering you.

The IND will seek confirmation from this from the UWV (Employee Insurance Agency). If the UWV decides that there are suitable job seekers in the Netherlands for the position, it will advise the IND — and your application will be rejected. Ouch!

However, there are some exceptions to the labour market test. For example, top athletes, spiritual ministers, musicians, or chefs for Asian restaurants don’t need to be referred to the UWV.

Other visa options for a sponsored job

If you find that you’re not eligible for the highly skilled migrant visa or a different paid employment visa, don’t stress. You can also consider:

What is a recognised sponsor — and why is it important?

We’ve been throwing around this “recognised sponsor” term throughout this article, so you’ve probably figured it’s pretty essential — and you’re correct.

A recognised sponsor is an organisation who has been applied to and been accepted by the IND and therefore benefits from streamlined visa applications for their international employees.

If you’re applying as a highly-skilled migrant or a researcher, your employer must be a recognised sponsor.

However, if you apply as an Intra Corporate Transferee, European Blue Card, or for other work in paid employment, your employer doesn’t need to be a recognised sponsor, but can just be a sponsor.

There are plenty of recognised sponsors already. According to the IND, there are:

Some major companies or companies that hire internationals regularly may already be a recognised sponsor. Otherwise, they need to apply, be approved, and pay a significant fee.

Can my employer become a recognised sponsor?

Does my company need to be the recognised sponsor?

Actually, no. If you want to be sponsored for a job in the Netherlands your employer doesn’t have to be the registered sponsor. Instead,  you can go through an umbrella company, or in some rarer cases, a recruitment agency.

An umbrella company is a company who “hires” you on behalf of your actual employer. These are often considered as support (or workarounds) for visa, tax, or payroll issues.

Your potential employer may suggest using an umbrella company, or you could also suggest it as an option. These companies act as your employer, apply to the IND as a recognised sponsor, then have a contract with the company you want to work with for you to work at that company instead. Of course, there are some fees involved with this, so you may end up taking a pay cut.

What companies are recognised sponsors in the Netherlands?

There are thousands of companies who are already recognised sponsors by the IND. These include major companies like Allianz, Booking.com, bunq, Shell, Johnson & Johnson, and Netflix.

What other options do I have to get a work visa in the Netherlands?

If none of the above options tickled your fancy, don’t stress. Even if you can’t land a sponsored job, there are still plenty of other visa options to work in the Netherlands.

Were you lucky enough to land a sponsored job in the Netherlands? Share your experience in the comments below! 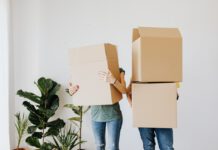 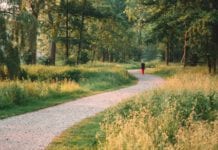 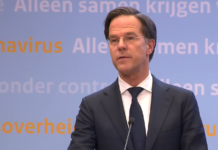