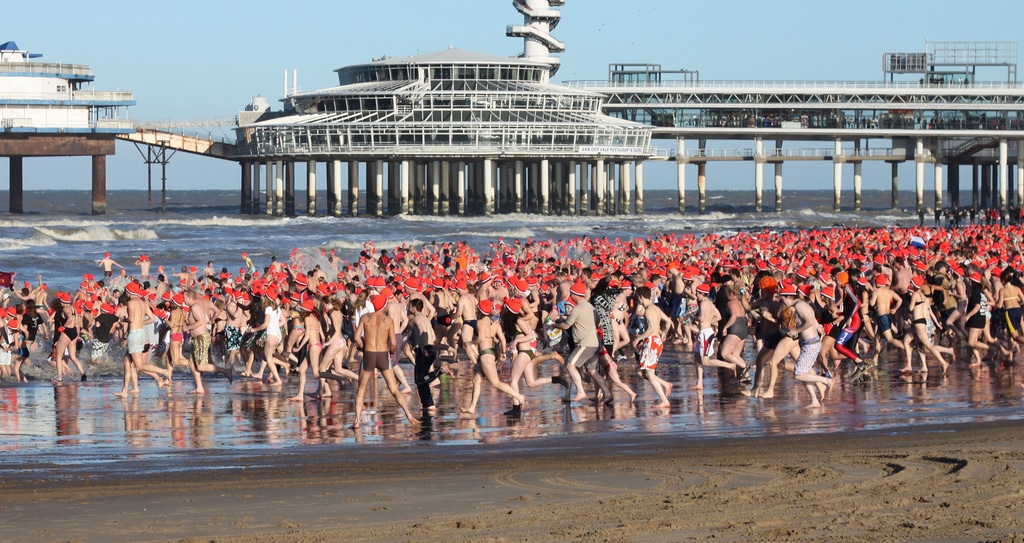 Celebrating New Year’s Eve in Scheveningen: your guide to sizzling hot celebrations and cold-as-ice events in our favorite beachtown.

When it comes to celebrating the arrival of a new year each country has its own traditions. And a good bunch of the ‘Oud & Nieuw’ traditions are happening in the beautiful beach town in Scheveningen. It’s a song of fire and ice over there and it’s what makes it one of the places to be when we finally say sayonara to the year of 2018 and laud in 2019.

Sometimes the best traditions to enjoy are the simplest ones. The big bonfire at Scheveningen beach is certainly one of those celebrations that’s just simple but oh so magnificent as well.

This is what is happening in Scheveningen with New Year’s Eve: the people stack a huge amount of pallets on top of each other, enough to make it to the Guinnes Book of Records. A tower of well over 30 meters high and over 4000 cubic meters in total is set on fire, creating a jaw-dropping fire that puts Burning Man to shame.

Since Schevingen apparently has a love affair with huge fires there are two (!) bonfires every New Year’s Eve in Scheveningen competing for the highest and most badass fire in the world. Traditionally there’s one set ablaze North of the harbor on the (conveniently named) North Beach and there’s one more a bit to the South in Duindorp (officially The Hague, but borders are vague in this area). Last year, Duindorp slightly exceeded Scheveningen in the height of the fire, (but not in volume – however they may measure that). This year’s bonfires will probably hit their maximum allowed height limits of 35 meters.

For the last 3 years, these bonfires have been declared as an official part of the national heritage of the Dutch. So hey, you’re even participating in a cultural event when you watch one of the bonfires burn right around midnight.

You know what would really work well with a big old fire at New Year’s Eve?

Public fireworks shows are actually not that common in the Netherlands at New Year’s Eve. For the Dutchies it’s more of a thing to light it up themselves. This tradition is more and more criticized each year since it can create dangerous situations in which people are ending up getting hurt. Luckily Scheveningen organizes a public fireworks show for the people: there will be a wide variety of performing artists, DJ’s and some specialists flown in from to bring you an awesome fireworks show! 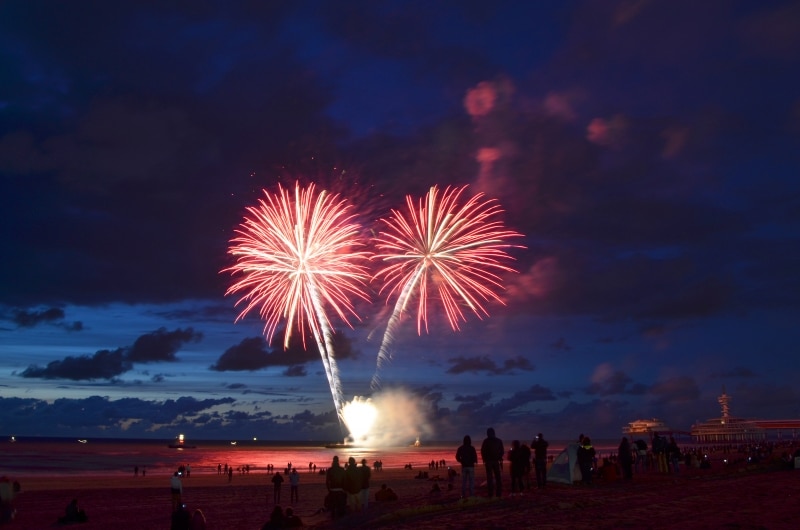 However, it doesn’t look like this year there’s something official on the 31st of December. We’re sure that there must something organized on the 31st though, and otherwise there’s always the fireworksshow at the Hofvijver in The Hague.

“Bonfires, fireworks, probably some glasses of champagne  😉 – Can we cool and come down on New Year’s day?”

Surf’s up! At 11.00 o’clock on the 1st of January 2018 (still a bit weird to say 2018 right?) Hart’s Beach is organizing another edition of the New Year’s Surf! They’ve got some free Quicksilver Beanies waiting for those hero’s who are so daring to get out there, into the sea and onto a surfboard.

Best to send them a message so they can keep a spot open for you, here’s their Facebook event.

And of course, there can also one event in Scheveningen on New Year’s Day that keeps making the headlines all over the world. I’m talking of course about the:

Thousands of people all across the Netherlands take a little-bit-crazy pill on New Year’s day and flock to a beach or lake in the country to jump into the cold-as-ice water. Yes! It’s that one tradition you’ve probably seen before you came to the Netherlands.

A tradition with even its own aftermovie!

Since the 1960’s Dutch people having been throwing themselves in the ‘steenkoude’ water at the first of January, and this year alone saw more than 50.000 people take a dive at over a 100 locations all around the Netherlands. The quintessential ‘nieuwjaarsduik’ spot is always Scheveningen, around 10.000 people hurdle themselves into the cold North Sea.

“For the love of warm feet why DutchReview? WHY!?”

You should know by now that the Dutch cling on to certain traditions and this is definitely one of them. Some people are ‘sponsored’ and take a dive for charity, some people do it for ‘health’ reasons – but it’s a fair guess that the majority of the people participating either made drunk wagers the night before or are perhaps still a bit blitzed. And admittedly, besides the blinding cold its good fun to get in there with your mates!

Participating in this event is totally possible! It costs 3 euro’s and it’s organized by the people that bring you that fine Dutch smoked sausage! All profits go to charity and you’ll also get a can of traditional erwtensoep (yummy Dutch split pea soup) and souvenir-orange beanie.

PS. Before I forget, besides celebrating New Year’s Eve in Scheveningen there’s tons of things to do in Scheveningen in the winter and unlimited opportunities for some classy pictures of the beach town.

PS2. We made a little movie about New Year’s Eve in the Netherlands, both the bonfire and the dive are present: 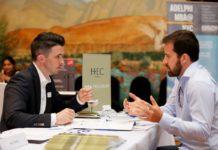 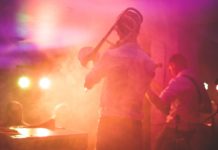 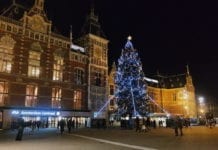 6 things to do during Christmas in Amsterdam