Fireworks in the Netherlands on NYE. Will it be banned? 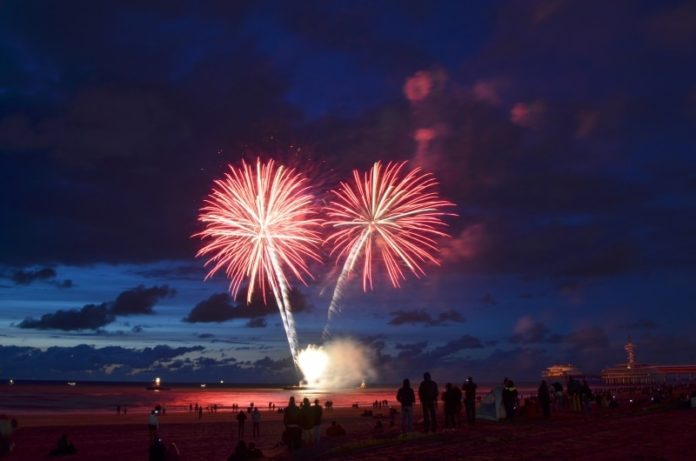 Fireworks in the Netherlands on NYE are so dangerous that the Dutch government may ban it. Is this the end of yet another Dutch tradition?

Just yesterday Holland’s most important atlas (Bosatlas) released a new print edition of its “Safety and Security Atlas” which, with carefully collected and calculated data, showed that in the Netherlands the odds of dying from a bee sting or slipping and falling are infinitely more likely to kill you than a terrorist attack or a plane crash in the country ever will. Holland is extraordinarily safe globally.

There is however one day a year where hundreds of people across the country are admitted to hospitals with wounds that range from burned skin to missing fingers, blinding and in the rare individual case: death. Happy New Year!

Cool Fireworks or Hand Grenades? Even the Police Military Aren’t Sure!

The Investigative Committee for Safety has done careful research into the subject, comparing and vectoring in all the data and numbers necessary – their conclusions are not mild: Heavy fireworks should be banned as soon as possible.

The Committee wrote: “The time has come to break the continuous pattern of mass-injury and public disturbance”. Their research has found that so called “Bangers”, fireworks specifically made for noise and explosive power, are the most dangerous kind that tempt people into severe misbehavior and endangering public safety.

Specifically bottle rockets are doing much injury, because they are fired from hand – with the risk of explosion directly damaging the extremities, are often pointed towards bystanders whether on purpose or not or “ill-installed” from unstable bottles that tip over and fire the rockets in any random direction.

Another increasing worry are the extremely powerful ‘bombs’, often illegally purchased and imported from Italy, Eastern Europe and China, that by now have reached such explosive power that they are comparable to real hand grenades. The only thing that separates them is the lack of shrapnel.

The police supports the committee’s findings, “Bottle rockets and other Bangers form a serious threat to every citizen” said Chief of National Police, Erik Akerboom.

And he’s certainly right, over the years police has increased their efforts to catch the extremely dangerous illegal fireworks – often stumbling upon real and known criminal organizations involved, such as the Italian Mafia. Meanwhile the inflow is so great that police struggles to keep track of both dangerous legal and illegal fireworks, finding themselves spread thin during New Year’s Eve.

By now even the Ministry of Defense is involved, when large and/or dangerous quantities and types of illegal fireworks are found the police is no longer capable to safely remove and store/destroy them – requiring help from the military’s Explosive Ordinance Disposal units (AKA. Bomb Squads) more often.

So, No More Fireworks in the Netherlands ? Well…

The Committee’s findings aren’t all negative – they make suggestions to do things differently. For example Amsterdam and Rotterdam have been doing public fireworks shows for some years now, sometimes so spectacular that footage goes around the world. Public fireworks in the Netherlands displays could be a way to bring down, or forbid, people’s personal use but safely watch professionals put up a great show with their masterful skills and equipment.
The Committee also finds that 80% of (legal) fireworks sold are not causing injuries and real danger – firework fountains and similar cause very little trouble – it’s a legal 20% and the illegal kind that are causing massive issues annually.

Minister of Justice, Ferdinand Grapperhaus, will meet next week with Mayors and the National Police Chief to discuss the committee’s findings. Interestingly, the ruling VVD-party has expressed that they are against a ‘ban’ of fireworks purchase.
Even though 50% of the wounded every year were merely innocent bystanders isn’t a reason to ban it, said VVD representative Arno Rutte (not to be confused with PM Mark Rutte!), “It disadvantages those people who enjoy legal fireworks”.

We’re not too sure about that train of thought. And though we do love fireworks here and DutchReview – we’re also well aware of the toll being paid. What are your thoughts on fireworks in the Netherlands? Let us know in the Facebook comments!

Say ‘doei’ to summer for the weekend! Oh, and then say ‘hoi’ again

If the stormy vibes yesterday made you prepare for autumn, you should stop right away. The weather might be cooling...