7 Things to know about the Dutch election results of 2019 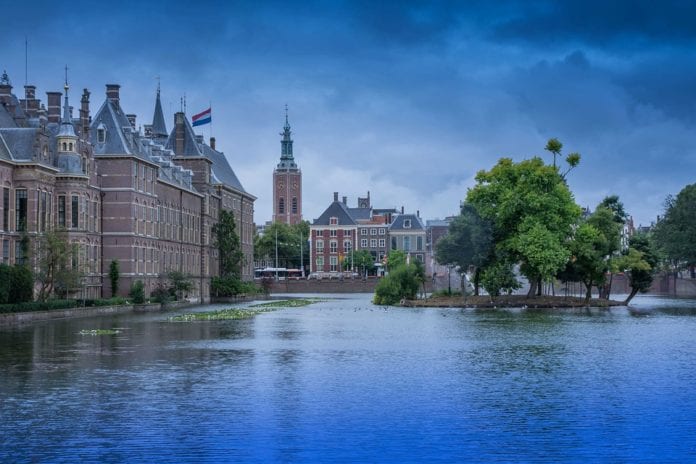 With the election results in, it’s time for some reflection on what this means for the Netherlands and Dutch politics. If you haven’t been keeping tabs, or you just don’t understand a word of it, then this article may be for you.

Feel the need to discuss all the Dutch Senate Elections? Wanna get salty? Join us in the DutchReview Group!

1. Nationalist party FvD is now one of the largest parties

In 2019 it shouldn’t come as a surprise that a nationalist party would do well, but almost nobody expected them to do THIS well. FvD actually obtained the same number of seats as VVD, meaning that they are joint first when it comes to the largest party in the Netherlands. VVD lost a seat from 13 to 12 this year and FvD actually gained all 12, from 0 last time.

Baudet (FvD) is, of course, thrilled with the result, saying that the reason for the momentous gain was because of the “arrogance and stupidity” of the current Dutch leaders. It’s a scary prospect now for some.

2. Pvv and SP suffer a massive loss of seats

PVV (Geert Wilders party), actually lost 4 seats, bringing it down to only 5 seats overall. The loss is likely due to some voters switching over to FvD. Geert is disappointed but is glad that at least nationalist parties are being taken seriously in the country. No thank you Wilders and bye bye.

The Socialist Party (SP) meanwhile didn’t perform well. Guess that hardcore protest socialist sound isn’t resonating in the Netherlands any more, with also many of their original voters going over to the FvD and GreenLeft.

GroenLinks, the party with the environment at the forefront of many of its policies, did incredibly well last night. They went from 4 seats, up to 9 this time around – a gain of 5 seats.

4.  More people than ever turned out to vote

In the last election in 2015, 47% of people turned out to vote, this year this went up to 56%. With the turnout going up by almost 10%, that really is a big gain. It appears that this year more people wanted their voices heard. However, now we’re all just sat here shocked.

Despite voting numbers up, the municipalities were criticised for making voting more difficult this year. Tales of people not receiving their voting cards on time or receiving them last minute, long queues that could well of being avoided (is 2-3 booths REALLY sufficient for a whole neighbourhood?), a voting station caught on fire (WTF) and some people were not allowed to vote because clearly sufficient training was not given when it comes to ID checks. Here’s a first hand account by Emma from DutchReview:

After work, I turned up at my local polling station (Rotterdam South) an hour before close, queued for over half an hour because they only had 3 booths and when I got to the desk with my voting card and EU passport I was turned away. This confused me because I’d done this before with no issues. I tried to explain to the woman at the desk that my passport was valid ID, as stated on the back of the card – I mean it can’t get more legit than an EU passport, but it was disallowed over confusion about whether I was an EU citizen any more (the UK is due to leave the EU in a week).

I felt like a scolded child when she pointed at me to leave and everyone was staring at me. So yeah, that was pretty illegal and I was furious. Please report this if this happened to any of you BTW!

Also, some poor old ladies walking frame got stolen while she was voting in Zoetermeer!

6. No, Baudet and the FvD are not going to run the Dutch government now

So shit, populists won the elections? What’s next for the Netherlands? Will they send all the internationals ‘back to their own country’ ? Nope

First of all, it’s the Senate and not the ‘Tweede Kamer’, technically speaking the Senate can only approve laws or reject them and traditionally it used to be only focusing on technical matters of a piece of legislation. Although in recent years it did get a bit more politicized.

Furthermore, although the FvD won big – they’re still only got like 12-13% of the votes of a voter turn-out of 56% – so it’s all relative. Also, most of the votes came from the PVV, so it’s a bit as we say in Dutch ‘lead or old iron’.

So you’re probably interested in the voting results in cities such as Amsterdam (GreenLeft the biggest), The Hague (VVD), Rotterdam (FvD), Leiden (GreenLeft) and Utrecht (GreenLeft)? Stay tuned while we work on getting you these results.

Here are election results for Amsterdam. GreenLeft the biggest party with a whopping 24%. #ForumvoorDemocratie just at 8%. Amsterdam is truly a leftist bubble. (source: NOS) #PS2019 pic.twitter.com/vSElRtFqgQ

Baudet's party FvD became the biggest in Rotterdam. But even more shockingly, one of our writers was illegally sent away from the voting station on the grounds that her UK passport (still EU) wasn't valid (it is). Happened in Pendrecht! (source: NOS) pic.twitter.com/a7kbfn61Po

VVD just came in as the biggest party in The Hague. With FvD hot on their tail. D66 and GreenLeft performing alright, Wilders looks like he is down for the count.
Here's more stuff about the Dutch elections results: https://t.co/n4Z6vPdxQ6 pic.twitter.com/rXdDlgoDNZ

The city of Utrecht, still a bit shock after the attack this week, remains a leftist bulwark with #Groenlinks and #D66 as the biggest parties. (source: nos)
For more election results talk check out: https://t.co/n4Z6vPdxQ6 pic.twitter.com/homTkW9D4e

What are your thoughts about the election and its results? Feel free to vent in the comments!

Feel the need to discuss the Dutch Senate Elections? Wanna get salty? Join us in the DutchReview Group!