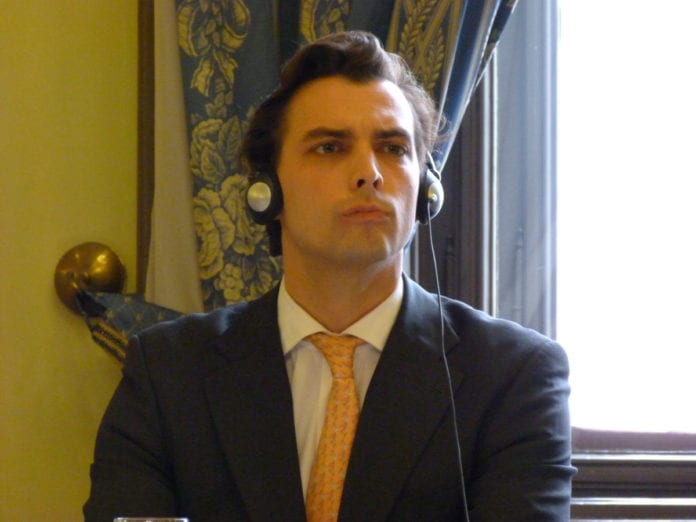 The Dutch elections for the provinces, and consequently the Senate, have delivered a shocking result.

Many projected the governmental coalition to lose their thin majority in the Senate. But nobody saw it coming that Thierry Baudet’s ‘Forum voor Democratie’ would win so many seats and turn out to be the biggest party with 12 or 13 seats in a heavily divided Senate.

The Dutch senate has 75 seats, so for a majority to get plans through smoothly a government would need 38 seats. The current governmental coalition (VVD 12, CDA 9, D66 6 and ChristenUnie 4) has only 31 seats, so Rutte needs to drink a whole lot of coffee with other parties to get his plans through the ‘Eerste Kamer’. Here are the results for the senate as they are now with more than 90% of the vote in, the FvD might actually get that 13th seat still.

The Netherlands is the 5th happiest country in the world, but many apparently disagree. Thierry Baudet has built a modern campaign on an anti-migration and Trump appreciating message. But overall his most important message was that they were going to do things differently than the old school parties. It might just be that the Utrecht attack 3 days ago did the nationalist party a huge favour.

Good morning Europe! Dutch populists led by Thierry Baudet now look set to be the *biggest* party in the senate, overtaking PM Mark Rutte’s and depriving him of his majority, with most results in pic.twitter.com/Vl34GNidip

Jesse Klaver from ‘GroenLinks’ also has cause to celebrate, climbing to 9 projected seats in the senate. If Mark Rutte and the other coalition members don’t want to do business with Baudet they can knock on the door of GroenLinks and the PvdA.

Other takes? Well, GroenLinks was the biggest party in Amsterdam and even for the Dutch political system this is an extremely divided chamber of politics. Gone are the days that the CDA or PvdA would land 20 seats or more.

Feel the need to discuss all the Dutch Senate Elections? Wanna get salty? Join us in the DutchReview Group!