In Europe, The Netherlands in particular, I often encounter an increasingly familiar outcry regarding Trump. It’s only grown as Malaysia Airlines flight 17’s fourth-anniversary passes while Trump fittingly meets with Putin, the leader of the missiles birth nation. It’s always about the same thing; the man in charge of America.

What’s hard to see from afar, and in Europe we are very far away both geographically, and morally, from America – I hesitate to dictate which is “better” or “worse” – is the maelstrom of information, news outlets, and media stimulation in America; all generated to atrophy citizens from the ground upon which they walk. It’s easier to herd lost sheep into blindly accepting slaughter than ones who know where they are going.

The reality is, enough American voters voted for him, and America’s voting populous, those that showed up at least, aren’t predominantly hateful. Another reality is the increasingly obvious fact that he’ll be re-elected. It’s almost impossible to believe from where we’re sitting, but he’s pretty much got it in the bag, and with each extremely left oriented hyperbole the machine that is Trump grows stronger. For every time Hollywood defaces him – and there have been many, some quite heinous others embarrassing, but mostly on point – he grows bolder. Hollywood, the community that wouldn’t accept him or his once BFF Steve Bannon cares enough to react, and that’s all he’s after. It’s not about how you discuss him, it’s that you do.

What we think and what’s real

In this perfect storm what flies out the window is that which matters most; objectivity. There are terrible and terrific people all over the world. We are all capable of committing incredible evil and incredible good. If you believe you’re not capable of incredible evil or viciousness you’re lying to yourself, or not entertaining scenarios extreme enough.

No one on flight MH17 thought a Russian missile would shoot them out of the air. With some objectivity what stands out is its dismissal from mainstream attention a short four years later. That it goes unaddressed when Trump and Putin meet ought to be a thorn in everyone’s eye.

The famous Canadian psychologist Dr. Jordan B. Peterson, during a lecture in LA Orpheum theatre, said “a rat in a lab is more like you in it’s behavior than your idea of you”. His point being that our idea of what a good person is, and how close we are to being that, is further from the truth than the scientifically observable behavior of a rat in a lab. I wish he wasn’t right, but he is. They stay objective and make their communities stronger, together. They know each of them is different, and pretending equality of outcome is real, is about as beneficial as asking someone if they need help at their funeral.

We think we’re well intended and treat one another well, yet tyrants run nearly all our superpowers. We think there is fairness and support systems yet oppressed groups have never been louder. Our masses suffer while we cater to fringe groups. Oppression is the name of the day, racism is the main meal and sexism the drink to wash it all down. But is everything really all that bad?

Trump as a person

Sure, Trump sucks, particularly as a person, but guys, he’s really not that bad. I mean who else would have made tender love to all those prostitutes, strippers, and porn stars? To prioritize them so much he provided his lovemaking while his wife gave birth to his own child, what a guy! Look out Jesus, you’ve got competition for Saint of humanity! Sex workers need love too, and who better to provide it than Daddy Donny. Who would’ve been generous enough to marry three different women, all with prenuptial agreements? The kindness to leave an entire floor of his penthouse for his wife an son to live in while he cucks around in his separated area, within the same home..astounding. I can hear marble statues being chiselled already. 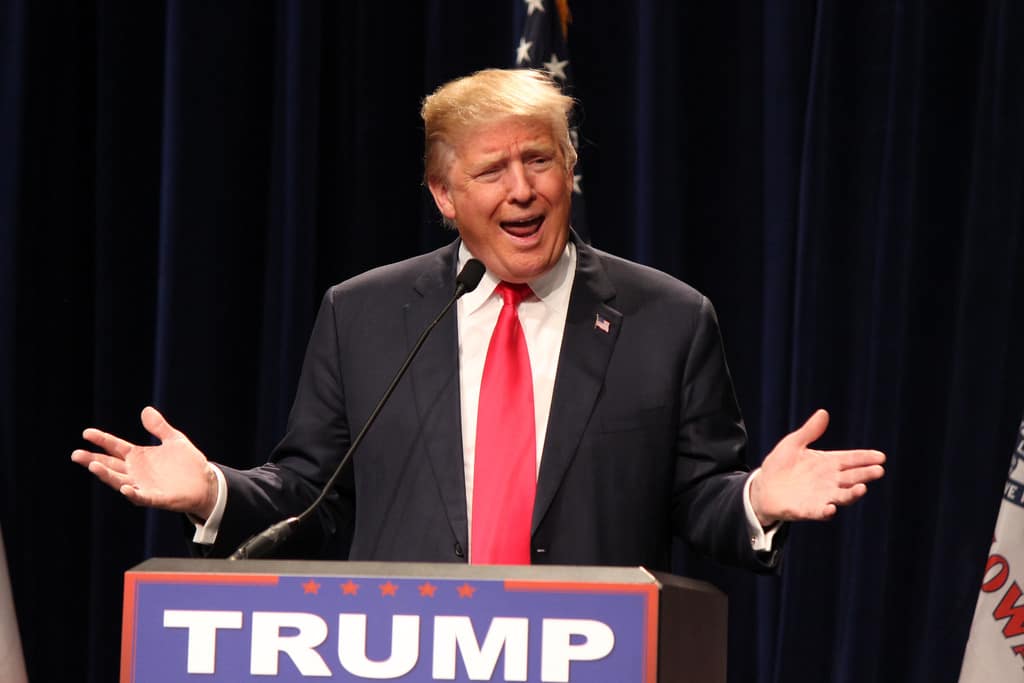 That he is so fair tempered he only threatens the livelihood of journalists, and writers, after he’s elected to the most powerful public position, is befitting a moral giant. Fraternizing with mass murders, and showing off his state-sponsored toys like it’s “show and tell international dictator” style can only be interpreted as well intended communication. His desire to convene with a nefarious government gangster and undoubtedly the shirtless subject of a poster hanging on the ceiling above Donalds bed; Vladimir Putin, can only mean one thing. Putin too, is a great guy, with a solid moral compass and the people of his nation – his employers, technically – at the forefront of his mind.

So, it’s no f$%*&$T-ing wonder Trump didn’t ask why 298 people were conveniently murdered four years ago. Nor is it a wonder why no one in America is talking about it. It’s also not a surprise to find Trump virtually skipping out of the Kremlin twirling a scarf Vlad took crocheting classes to learn how to make for him. Two peas in a pod. Happy as can be.

Yet, here, once again, objectivity is removed before anything can be righteously deducted or learned for anyone watching. The idol in Trump’s eyes that is Putin wouldn’t even invite him into his own government HQ, his home or somewhere like a Russian Mar-a Lago. Donny wouldn’t have hesitated to parade Vlad through his material collection of knick-knacks and “I have the only one of these”. Putin took a different tone: business, and letting Donald be around him. Herein lies the greatest clue for the sober-minded political analyst in all of us: even Putin doesn’t respect Donald.

Yes, they’re both morally despicable, challenging to gauge politically, ever more difficult to predict logically, and totally impossible to relate to. So how do they run countries? Aren’t we the people supposed to determine who’s in the big chair? We are, but there’s work in that. It’s not simply showing up when it’s time to vote. It’s participating in selecting options. Trump, like Putin before him, got to their respective posts while we were all busy screaming across the fence about our offences and injustices. Forgetting we left the front door open. Change occurs at the finish line but is constructed at the start.

If someone who let a commercial airliner be shot down, ending the lives of nearly 300 people, denies ties to it and refuses to address it. Then sits down with the leader of the free world. Who then, as a father himself, can’t muster the courage to even ask about it. While practically begging to that same crook to be pals…it’s no wonder Vladimir smiles wryly all too often for a man in his position.

Why it’s so appalling

Imagine if this quite plausible evil version of yourself, from a few paragraphs ago, was to act out your deepest most vicious thought. Play it out, and put yourself in the police station once apprehended. Now the police chief enters the interrogation chamber you’ve been ostracized into for ages post-capture. He sits down, and spends the next three hours talking about all the cool stuff he has. How great you are, and not one single time, does the Chief have the guts to ask you “did you do it?”. Maybe “why did you do it?”, or perhaps even “how do you feel the world is better after you took action?”. Not only would this be laughable but you’d loose all respect for the entire function of police work. You might even suggest they need a new boss, this one’s limp.

You get it, you’re Putin, Donny’s the Chief (he likes it that way)…how do you feel? Because I only pity him. I pity the hell of his life, the pathetic nature of his existence and the sad lost old man desperately clinging to a past that’s so gone even those with participation trophies smelted them down into a new toy. A walking, talking relic.

No excuses for Trump’s behaviour

That does not excuse anything, it doesn’t heal victims or tare this from our short collective memory, it simply contextualizes it in the hypocrisy of America and its attempts at world policing. Politically, economically and militarily. Someone has to, and if that entity claims to be they must follow up, not posture.

It’s horrifying to think we’re all victims of his latter years, but the worse it gets the better the follow up will be. Obama wasn’t the answer, nor was Bush before him or the charisma of Bill or Georges dad, George. Perhaps the system is flawed and the solution to the world’s problems is removing the number for each of us and using our name. Letting each of us be individuals as echoed in the technological movements for the past decade and the undercurrent theme in every blockbuster film; let me, be me, don’t be me for me.

The dismantling of conglomeration in business and the centralized power structure of a single office for such a massive power might be the order of the day. I am of the hope that this disaster proves it’s time for a revolution of the A

merican governing body and the removal of a “president” as no single person is good at that job, and those regarded as successful simply survived with their reputations somewhat intact.

Dutch theatres and museums open in protest against coronavirus measures