Geert Wilders of the PVV has been at the centre of controversy for years over his views on foreigners in the Netherlands. It seems regarding the pandemic, this is no different.

In a Tweet yesterday, the politician claimed that the treatment of “Henk and Ingrid” are being delayed because the ICU beds are filled with “Mohammed and Fatima, who do not speak our language and do not care about the rules.”

The Tweet was in response to a statement made by Armand Girbes, head of the IC department of the Amsterdam VUmc. Girbes believes that the majority of corona patients in the Randstad are of non-Western origins. “If you look at the differences and similarities with the first wave,” he said, “it is striking that we now mainly have patients with a non-Western background, which also means that they do not speak the Dutch language completely.”

PvdA leader Asscher called Wilders’ tweet “racist shit”, saying it was creating divisions in the hospitals. “Every day Henk, Ingrid, Mohammed and Fatima are working hard in our hospitals,” Asscher tweeted in response to Wilders. The CDA was also disappointed by the statements, and wondered how this would go on to affect young people.

D66 party leader Jetten called for the PVV to find solutions, such as communicating coronavirus information in Arabic and Polish. Wilders replied that he does not intend to do that, saying that those who do not speak Dutch have no business being in the Netherlands.

SP MP Karabulut says that Wilders is only sowing division and fear, whilst bringing no solutions to the the table. “Racism is not a cure for COVID-19. You know that very well.”

Van den Berge of GroenLinks said Wilders is using the unprecedented health crisis to instill division, and asked Wilders if he was suggesting that Dutch people with a migration background are not entitled to medical assistance. “Horrible. My stomach turns. Stomach ache. Every time he crosses a new line.”

According to NOS, this is the first time that the origins of corona patients has been explicitly used in the debate on controlling the virus. “This is also polarizing the corona approach and will create more divisions,” NOS reporter Ron Fresen said.

The reporter explains that the relatively large amount of infected migrants has been recognized in politics. While Wilders may use this to push his anti-immigration ideas, other parties are more on board with developing targeted information in multiple languages.

What do you make of all this? Let us know in the comments below. 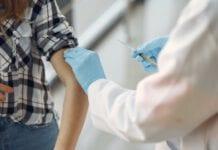 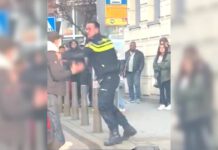 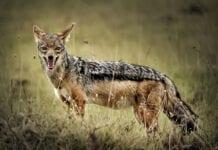