As if you needed any more bad luck at the moment than receiving a broken mirror. A PostNL worker was caught throwing parcels out of the back of his van.

Bianca Toeps filmed the postal worker as he dumped the parcels at Kop van Zuid in Rotterdam. She asked the delivery man if he wanted to be a bit more careful with people’s belongings, to which he responded “If you don’t want me to throw them, don’t order anything.”

Someone clearly needed their morning coffee. 😟

Toeps tweeted the video, saying “Good heavens PostNL, maybe you can pay, train and screen your staff better?!” She watched the delivery man throw a large number of parcels across the street but luckily received her order intact.

“At first I thought his cart had accidentally overturned,” she told AD, “but this is his daily working method.”

PostNL replied to Toeps’ tweet saying “of course this is unacceptable.” A PostNL representative told AD that “the delivery person in question has been spoken to about this behaviour. If this happens again, steps will be taken towards that person leaving the company.”

What do you think of this novel delivery method? Let us know in the comments! 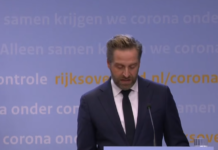 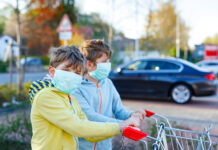