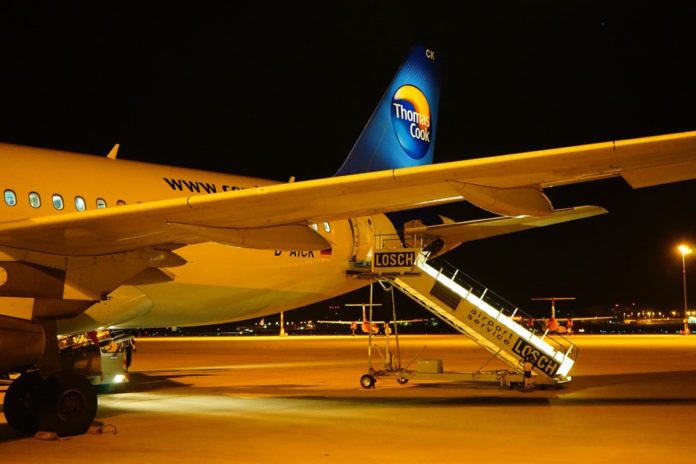 Thomas Cook, a British travel agency, has declared insolvency and left thousand of travellers stranded as flights and package deals have been cancelled. How this will affect the Thomas Cook’s Dutch branch is still unknown.

We are sorry to announce that Thomas Cook has ceased trading with immediate effect.

The Dutch branch of Thomas Cook

Earlier today, it became infeasible to book any further travel plans with the company. However, as it currently stands, their online site remains live.

It is estimated that over 10,000 Dutch people are currently travelling with Thomas Cook. NOS reports that the travel agency has around 400,000 customers in the Netherlands every year.

If Thomas Cook declares bankruptcy, the Stichting Garantiefonds Reisgelden intends to take care of the travellers. So if you have booked with Thomas Cook you need not worry, you will be rebooked through another travel agency or get your money back.

Peter Fankhauser, Chief Executive of Thomas Cook, commented “We have worked exhaustively in the past few days to resolve the outstanding issues… on an agreement to secure Thomas Cook’s future for its employees, customers and suppliers.  Although a deal had been largely agreed, an additional facility requested in the last few days of negotiations presented a challenge that ultimately proved insurmountable.”

“This marks a deeply sad day for the company which pioneered package holidays and made travel possible for millions of people around the world.”

Get the latest on the #ThomasCook collapse here: https://t.co/3Hgpl7YJkQ pic.twitter.com/65sibJ4CO7

Holiday-goers are protected by EU law

Many people were quick to make a reference to Brexit and draw attention to the raft of legislation that protects EU holiday packages for Brits travelling around Europe.

This is the legislation that is protecting #ThomasCook holidaymakers

Many other people expressed their sadness for the thousands of Thomas Cook employees’ who lost their jobs overnight.

Previous articleHouse plants in the Netherlands: tips to make your Dutch house bloom
Next articleBrits furious after ‘mystery cruise’ takes them to IJmuiden