This week, 49,398 people contracted coronavirus in the Netherlands. This is down from last week’s numbers when 56,440 people tested positive. However, the Dutch government remains worried about the potential impact of the UK variant should it become widespread.

This week saw 1503 people admitted to hospital due to coronavirus. This is a reduction from last week’s figures of 1838. A further 297 people were sent to the ICU ward, a drop from last week’s number of 337.

Deaths were the only figure that increased this week. The RIVM reports that 743 people passed away from coronavirus. The week prior was 621.

On Sunday evening, it was leaked that the current lockdown measures will likely be extended for a further three weeks. This is because the “convincing effects” of lockdown have yet to be seen in the Netherlands.

We will find out more about this extension and any further measures at tonight’s press conference.

Infections and the British variant

There is some uncertainty over the effects of the British variant of the virus in the Netherlands. Recent reports from Great Britain show that the mutated strain may become dominant there within a few months, according to RTL.

However, separate data regarding patients currently receiving care in British hospitals reflects that the original strain is still widely circulating. Questions are now being raised about the contagiousness of the British variant.

Last week saw an outbreak of the variant at a primary school in Bergschenhoek, leaving many worried that children are especially susceptible to the variant. However, this has not been proven.

The Dutch government is now considering implementing a curfew if current restrictions remain ineffective, RTL Nieuws reports. If a curfew is implemented, no one will be allowed on the street after a certain time unless they have an acceptable and approved reason.

The hope is that these restrictions would prevent people from visiting each other in the evenings. However, the implementation of a curfew would not be an easy task with mayors and government factions already voicing opinions against the option.

Follow DutchReview’s live blog to keep up with the latest coronavirus news and updates in the Netherlands. 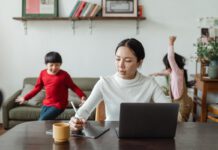