Exploring the Dutch Caribbean Islands: The three S’s of paradise in the Netherlands Caribbean (P.2)

Still looking for the right Dutch Caribbean Islands to visit? Try the three S’s of paradise in the Netherlands Caribbean!

The three S’s have tropical monsoonal climates with average mean temperatures of about 27 degrees Celsius and are more subject to both hurricanes and wetter weather than the ABC’s. Sint Maarten is your island if you like party life, nightlife, beaches, casinos and rum. Sint Eustatius and Saba are quieter. For travel guide Part 2, let’s explore them. I’m going to start with number 4 as I did the last 3 in my other guide to Dutch Caribbean Islands (check it out here if you missed it). 😉 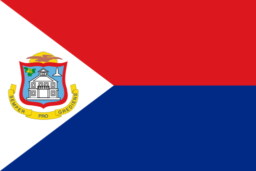 With Sint Maarten, you only get half an island. The other half is French (Saint-Martin). Folklore is that in 1648, The Dutch and French each chose a man to walk (not run) from a point on the coast in opposite directions. Where they met, a border would be drawn. It is fabled that since the Frenchman drank wine, and the Dutchman drank jenever, the Dutch got the smaller area. The Dutch still believe that the Frenchman cheated and ran.

Today this is a busy island surviving on tourism. Cruise ship passengers (1.3 Million annually) bring their wallets to Philipsburg, the Capital. A mile walk or ride gets you to some serious shopping and eating. If you choose to drive the island by cycle, ATV, scooter, bike or rent a Harley, the traffic can get crazy (maybe its not an issue for the Dutch bikers). Note: The border with St. Martin is generally open to cross freely.

There are also beaches and more beaches. Thirty seven of them. On the French side, clothing is optional and is legal at some beaches. On one or two Dutch beaches, the police may “look the other way” (I am sure no one else will). Most beaches have hotels or resorts and are great for sunbathing, partying, beach bars and cafés.

Princess Juliana In’l Airport has a runway right at Maho beach and jets land just several meters overhead. Beach-goers must be careful not to be blown away or harmed by the engines when jets take off. Some “thrill seekers” risk life and limb by hanging onto the fence at runway when jets take off.  A good way to ruin your vacation!

Boat charters are popular, whether around the island lagoons, or a sunset cruise to Saba or other islands. Charters will even get you to the “Lagoon Pub Crawl” (and hopefully back).

Feel lucky? On the Dutch side, take a chance in a casino. You can pay for the trip, or just beg your way home.

Drinking is more or less a sport on Sint Maarten. Drinking age is 18, and you can find an alcoholic beverage almost anywhere. McDonalds and gas stations even offer Dutch beer!

Food comes in great variety, with about 300 restaurants on the island.

A closing word of caution, protect yourself from mosquitoes as in rare cases, dangerous viruses have been recorded. If you’re headed for the nude beaches (or not), bring plenty of sun blocker too!

How to get to Sint Maarten: 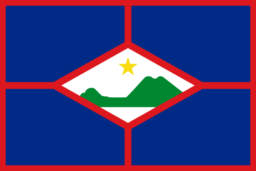 Sint Eustatius is a special municipality of the Netherlands. With about 3500 people, this unique destination has perhaps the richest history of the Dutch Islands, having changed flags over twenty times. In brief, the tiny island of Sint Eustatius or “Statia” by locals was known as the “Gold Rock”, and was the most important Dutch Island of the time. Its neutrality was its safeguard until the British got pissy.

Free trade with anyone who would pay for ammunition led to great wealth, and this was where American Revolutionaries obtained over half their military supplies to fight the British. The British felt Sint Eustatius was why they were losing the war. It led directly to the fourth Anglo-Dutch War and the defeat/occupation of Sint Eustatius.

Peace and quiet with few crowds to elbow through. 😉

History! Sint Eustatius was the first foreign land to acknowledge the U.S.A. as a sovereign nation with a gun salute in 1776 leading to Britain’s takeover. A plaque of appreciation at Fort Oranje delivered personally by U.S. President Franklin Roosevelt in 1939 can be visited at the fort. The airport at Oranjestad was renamed the Franklin Delano Roosevelt Airport in 1946.

There are a handful of friendly establishments including small inns and resorts, restaurants and local bars to meet locals, shoot pool, sing karaoke and relax at.

Hike the island, or to the top of the volcano! (The Quill)

Sint Eustatius has a National Park system that offers terrific hiking trails and much more.

Kayaking and hanging out on very quiet beaches is popular. Certify to dive, and see some of the best underwater sights in the Caribbean including shipwrecks, drop-offs and muck dives.

How to get to Sint Eustatius:

There is one small airport with one carrier that services the island from surrounding islands.  Boats from Sint Maarten and other islands also charter day trips to the island. Otherwise, it is a private helicopter, yacht or water wings. 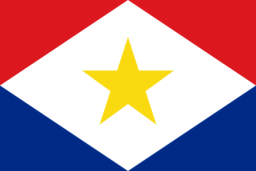 Saba (pronounced Say-ba), is a quiet island, in attitude closer to Sint Eustatius than Sint Maarten. In fact, as the smallest Special Municipality of the Netherlands it has less people than Sint Eustatius! Its claim to fame? Saba’s image was used in the 1933 “King Kong” movie. Take a look here.

Known as the “Unspoiled Queen” of the Caribbean, the 2000 people there live a more quiet life than resort-filled islands (but they still know how to party!). Saba is a tropical forest volcanic island with a rugged coastline and few sandy beaches. Columbus sailed right by when he saw no easy place to land. Forbidding and steep, the island became a private sanctuary for the families of smugglers and pirates in the 17th century.

Saba is on the quiet side as far as Caribbean islands go. There are local bars and restaurants in the four villages, with friendly people. Occasionally an all-island party breaks out. There is still plenty to do!

Saba Conservation Foundation oversees the Marine Park, hiking trails and upholds conservation of the island. Beautiful thick vegetation, many plant species and 60 species of birds live on Saba. The Marine Park is diving paradise, circling Saba completely for protection of one of the few self-sustaining marine parks in the world. It is home to over 150 species of fish. Strict diving rules protect the environment.

Saba is a wedding and honeymoon destination, with facilities and catering to handle most situations.  Want that rain forest wedding you dream of? Saba is the place!

Fishing charters take to the water as on most islands.

How to get to Saba:

The Juancho E. Yrausquin Airport offers flights to and from St. Maarten and Sint Eustatius. There is a 1.5-hour long ferry service from St. Maarten that travels to Saba three times a week. In addition, there are anchorages for private boats.  Only the smallest of cruise ships visit this smallest of islands.

Planning on going soon? From September 10th – October 9th 2018 the Saba airport will be closed for renovations. You can still get there by ferry!

Previous articleThe world’s first floating farm is coming to Rotterdam soon!
Next articleThere is going to be less plastic in the ocean because of this innovative Dutch Ocean Cleanup project

Surfing in the Netherlands: where to go and what to know [2021]

Surf’s up in the Netherlands? You bet. If you can brave the chilly waters, there are plenty of great spots...
Read more

The Dutch love saving money and won’t say no to a good deal — so a giant webshop accidentally giving out thousands of vouchers...

Picture it, you're lounging next to the crystal blue sea of an exotic Greek island. This could be a reality for Dutchies this summer,...

The Dutch government is introducing a mandatory quarantine for people travelling to the Netherlands from high-risk countries.  The measure is expected to come into effect...
Current Month