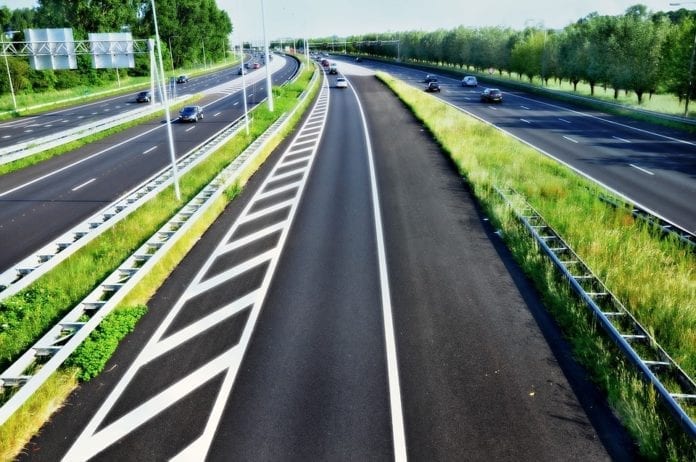 Driving in the Netherlands

I must admit the previous years I came to the Netherlands I have never driven myself, I didn’t have a car and I liked being driven around by my boyfriend. Just looking out the window and enjoying the flatness of the country.

Since I moved here I also imported my car and started driving around here myself. Starting with the fact that I had no mental map of the streets in my head I quite often got lost and did sightseeing tours through the village that I live in now. I also did some bigger detours – thanks to google maps I always found my way back home (probably 20 minutes later than I wanted to).

Further, I want to mention that since I grew up in a city with two million inhabitants I acquired a quite “aggressive” way of driving. I was lucky that I started doing my drivers license with 16, so I could gain a lot of driving experience. I learnt how to drive whenever it was crowded on the streets, how to switch lanes the Viennese way and I can park in the tiniest spot available if I have 5cm left in the front and in the back – yes, because of that, I am a little bit proud.

So, coming to the Netherlands I did not expect a lot of differences. I kind of imagined it to be the little boring kind of countryside driving – lots of cows, no cars and just straight roads. Maybe I was wrong. The first week I drove to work I got stressed out by the traffic lights.

Traffic lights in the Netherlands:

In Austria, traffic lights jump from red to yellow to green. When the light is yellow, you press your gas pedal to the ground because when the light turns green 5 people are already honking. If you think that is stressful, you are wrong. The fact that traffic lights jump from red to green immediately – that is stressing. Still having in the back of my head that everybody honks like mad once it is green, I try to sprint away from the traffic light. I really missed the two seconds of the traffic light being yellow to prepare to drive away. After a while, I figured out that my time delay did not make people mad, but it’s still a bit of a stressful moment for me personally.

Highway driving in the Netherlands:

The aggressive driving style of Dutch people shows once you are on the highway. People who are driving past you on the right lane going 160km/h, because you drive too slow on the left with 130km/h – most likely when it is raining. Five meters further they are stuck behind a truck and you can kind of wave to them as you drive past IF they don’t just hit their blinker and crash onto your lane. That sometimes makes me super scared.

I have learnt that the blinker is used to show people that you want to go in a different direction or on the highway if you want to switch lanes. You show people your intention to drive and wait if people let you do so. If yes – you are happy, if no – you are allowed to curse at them. That is how a blinker is supposed to be used! Not in the Netherlands. Apparently, the blinker is there to show the other drivers “I am coming NOW.” Being the naïve, blue-eyed foreigner, that sometimes really freaked me out. People rushing in between two cars, that one has to brake heavily, causing a chain reaction of braking, causing guess what… jams.

Traffic jams in the Netherlands:

Did I mention the Dutch traffic jams? I’ve always experienced jams as an accumulation of cars because something happened (like an accident, roadworks or whatsoever). But apparently not here. You suddenly stand on the highway for minimum 10 minutes for actually no reason – just congestion, or… because somebody switched lane and everybody had to brake hard.

Driving daily on the A58, one of the busy roads, I come across all these mentioned points above every single day. The traffic lights I started to accept after a few months, the traffic jams still cause quite some frustration and the lane switching still stresses me out. I am curious how I will adapt my own driving style in the next few months and years, but these are the reasons why driving in the Netherlands is stressing me and maybe also some other foreigners drivers.

Do you agree about these notes about driving in the Netherlands? What are your experiences? Let us know in the comments!

Oh, and if you’re looking for a road trip away from the Netherlands, check this one out

Previous articleTaking the Amsterdam Metro all the way to Schiphol: it’s Possible!
Next articleBrits in the Netherlands will be able to stay for a least 15 months in the result of a no-deal Brexit

Ah, train journeys in the Netherlands: not the worst, yet not the best. We all have our fair share of...