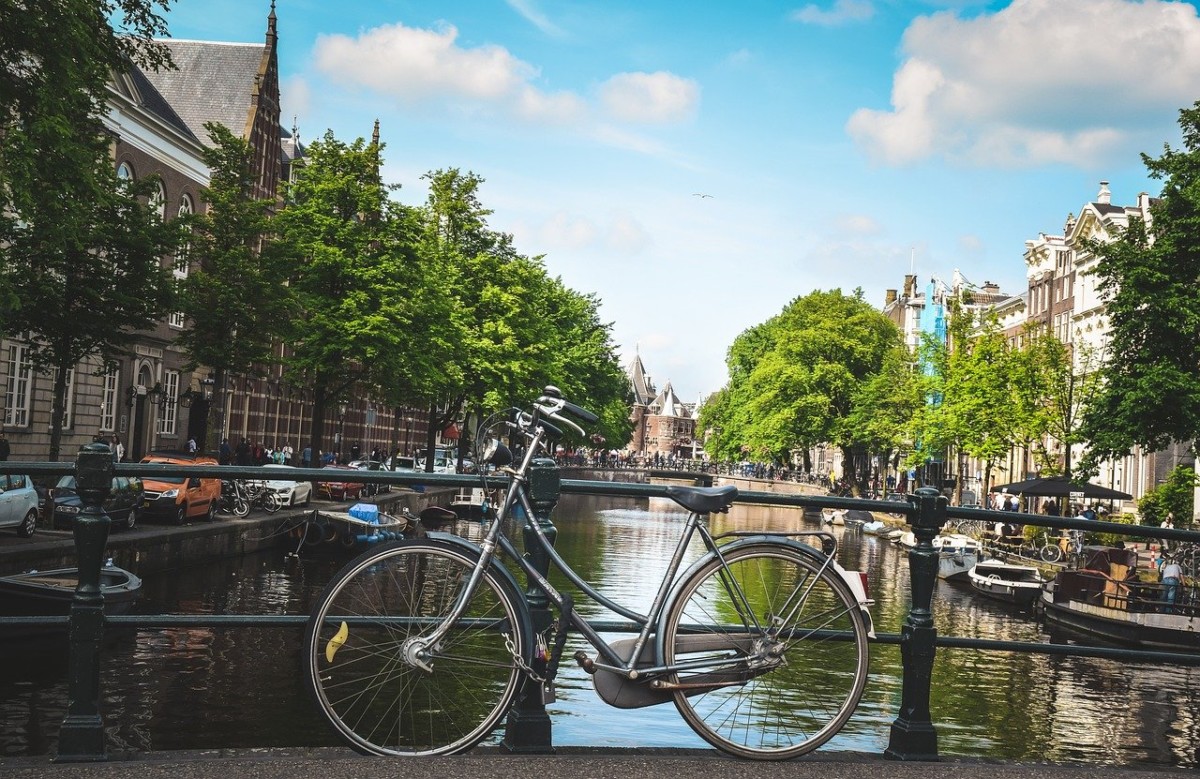 We know you’re ready and rearing to join the bike club, and that’s why we’re bringing you the ultimate bike purchasing guide to help you with buying your first bicycle in the Netherlands.

See, with more bikes than people in this tiny lowland state, it means that some of them are of questionable quality. In fact, they can easily become the bane of your existence. Dodgy gears, dropping chains, squeaky brakes, and flat tyres are all things that can hamper your bike-riding experience.

For this article, we’ve teamed up with bike expert Willem from bike shop Willemstraatbike in Utrecht for the best tips on buying your first bicycle in the Netherlands.

Choices to make when choosing your bike

Bikes in the Netherlands can differ pretty wildly — so how do you know which option is the one for you?

For a start, bikes have genders: male or female. But never fear because, in this analogy, bikes swing both ways.

A male bike features a bar that runs parallel to the ground and can be a little more difficult for women to swing their leg over. On women’s bikes, this bar typically curves toward the ground.

But, according to Willem, whether you choose a male or female bike is a matter of preference — not your gender.

“The reason for this could be that there is more choice in women’s bikes, getting on is easier, and if you share your bike with a woman, this is also more practical.”

Brakes are another point of difference. Do you prefer hand brakes or a pedal brake? A pedal brake requires you to move the pedal in a reverse direction to slow down, but some people feel uncomfortable with this if they’ve used hand brakes their whole life.

With hand brakes you squeeze two levers on the handlebars to brake. One side of the steering wheel’s brake controls the back wheel, and the other the front. However, you almost always use them together to avoid popping up on one wheel.

According to Willem, a pedal brake is the most common option for internationals. “Students often buy a bike with a pedal brake because these are cheaper.”

Many bikes are “fixed-gear” — meaning they have just one gear. This makes them easy to ride if you’re nervous about the mechanics of gear changes but can be a bit more tiring on the rare Dutch slope.

“Gears are handy, especially if you have to cover long distances,” tells Willem. But, don’t go all out when buying a bike with gears. Three gears will do — unless you’re planning on riding to the next country or completing the Tour de France.

Some bikes are more adjustable than others. Make sure you can adjust the bike so that you can be fully comfortable. “The seat needs to be at the same height as your hip,” says Willem. “If you then sit on the bike and put your heel on the pedal at the lowest position, your leg should not be completely stretched.”

Check it out before you start to mount

To find out if a bike is even worth a test-ride it needs a good look first. “The first thing to check is whether the tires are buckled,” Willem says, “then test if the brakes are functioning well. Finally, see if everything else, like mudguards, is well-secured.”

If you’re buying a cheap bike, you have to be prepared for some rust spots or lights that don’t work, explains Willem. If you want something a little shinier, you may need to raise your budget.

However, take note: bikes say little of class in the Netherlands. Almost all students ride around on rust-buckets without an inch of embarrassment or self-consciousness. It’s just easier — especially because most people have had their bike stolen at least once.

Test ride to find your stride

“Always take a test ride,” says Willem. “Make sure you feel comfortable on the bike, test whether the brakes are working properly, and test the gears (if the bike has them).” Sometimes the seat and/or handlebars will need adjusting, he says.

Using your ears while on your test-ride is important, says Willem. “You have to listen to hear if everything is secured properly — make sure you don’t hear anything rattling.”

But the most important part of your test ride is how you feel. A good bike will make you feel like the best two-wheeled extension of yourself possible. “Don’t buy a second-hand bike if it doesn’t ride comfortably,” says Willem.

If you feel like anything less than a unicorn on a segway zooming through a field of flourishing daisies, it’s time to say doei to that bike!

Price is a roll of the dice

How much should you spend on your first bike? That’s a hard question. It’s best to weigh up a few variables: how much you will use it, what distances you will cover, and where you will store it. Why? Bikes tend to get stolen.

“Students often park their bikes outside, which increases the chance of getting your bike stolen,” says Willem. “That would suck if you just bought a brand new one.”

“If you use your bike to commute and therefore have a safe space to park it, you can decide to spend some more money and buy a better ride, or even a brand-new bike,” says Willem.

Even though your bike may be your baby, your best friend, and your banging ride for picking up lekker chicks, you can’t get too attached — because bikes don’t often stay attached to their locks. No matter how devoted and faithful you are to your bike, it may just end up being the town’s bicycle.

It is estimated that over 1200 bikes were stolen daily in the Netherlands in 2017. Almost every Dutch person has had a bike stolen from them, and realistically they’ve probably stolen one too (the Dutch were always good at trade). But don’t be too discouraged, there are a few things you can do to try and stall fate.

“The best way to lock your bike is with a permanent lock on the bike frame and a good additional chain lock,” says Willem.  “When using the chain lock, wrap it around a tall pole or rail, then through the back wheel through the spoke where the air valve is.”

“Attaching the chain to the valve makes it harder for bike thieves to break the chain because it increases the chance of also breaking the valve, which will lead to a flat tyre,” explains Willem.

But, your best chance for a safe bike is to lock it in a secure area. Many cities offer free guarded undercover bicycle parking for the day, so take advantage of these!

Ready to ride? If you’re itching to find your next two-wheeled companion, quit reading this article and get going! Have any questions? Drop them in the comments below. Do you have any tips? Let us know in the comments!

Image: StockPhoto/Pixabay
Editor’s note: This article was originally published in July 2018 but was fully updated in December 2020 for your viewing pleasure.