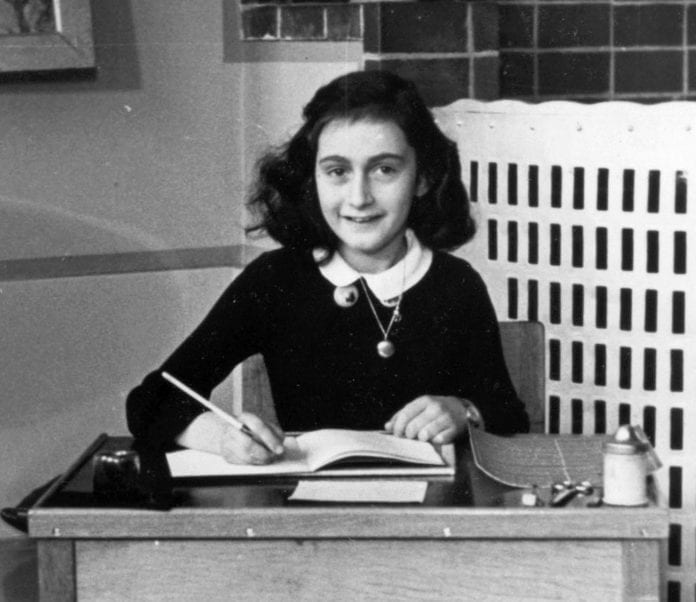 Anne Frank’s diary is one of the most read books in the whole world, and you can see the interest when it comes to the crowds visiting the Anne Frank house in Amsterdam. Well, now it’s been released that two new pages of Anne Frank’s diary were concealed with paper and taped together. It is said that Anne Frank personally did this to the diary. Finally, new technology comes to the rescue and digital techniques have unveiled what these pages say. It’s now been made public.

This follows the other breaking news, where another Rembrandt painting has been discovered. What a crazy day.

What do the new pages of Anne Frank’s diary contain?

The 2 pages (page 78 and 79), are from her red diary (the first known diary of Anne Frank). They contain jokes and also answers a question about sex education and young girls. Why is this a big deal? Well for one it demonstrates the process of Anne Frank throughout her life – where we can capture her personality better. It also demonstrates an attempt by Anne Frank to write something more than just a factual diary.

That’s Anne on the balcony:

New pages of Anne Frank’s diary: Why has this finally come about now?

Well, the Anne Frank House continuously does research on her. In fact, it’s a permanent research project. As part of this research, they have been trying to make some sense out of the two taped pages, by using more modern forms of technology to help them out. In this case, it was successful and it was finally just made public. So hopefully there is plenty more where that came from.

What do you think about this new Anne Frank news? Let us know in the comments! And don’t forget to join our DutchReview Facebook group for more Dutch stuff! 😉

Previous articleBreaking! A New Painting by Rembrandt has just been Discovered!
Next articleSperm sniffing dogs – the latest innovation from the Netherlands