How to Watch Amazon Prime Video in The Netherlands 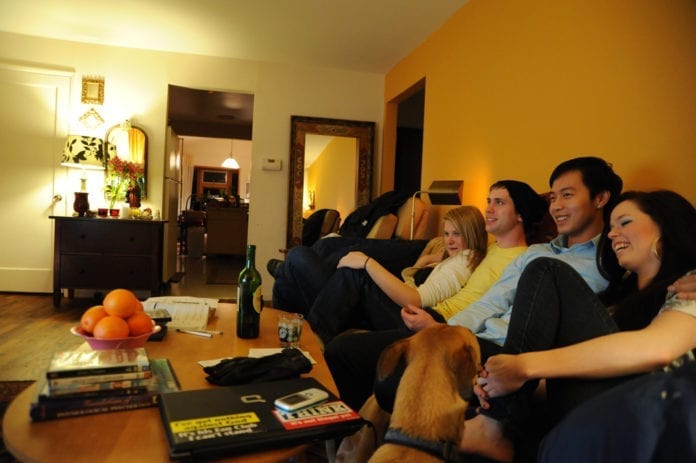 Amazon Prime offers members a number of useful benefits, in addition to the no-cost speedy shipping on all their orders of goods from Amazon.  One of the most popular benefits is Amazon Prime Video.  It offers thousands of television shows and movies, available for on-demand streaming via the Internet, streaming devices, smart TVs, and Amazon’s own devices, for users to enjoy at their leisure.  The catalog of content varies considerably by country and region, however, for a variety of reasons.  Still, Amazon Prime Video is considered in many markets to be one of the only true competitors to the Netflix video streaming service, and is a highly desirable part of the Amazon Prime subscription in markets where it is available.

Status of Amazon Prime Video in the Netherlands

Nevertheless, many Prime Video users in the Netherlands and elsewhere can become frustrated over the geographic restrictions on content, and desire to access television shows, movies, and other content from major entertainment hub countries like the UK, US, and so on.  Fortunately, this is possible, it just takes a little work.

Many people wonder why content catalogs are restricted geographically in the first place.  This is a fair question, of course, but like most things, it has to do with money.  Content providers (typically major studios, distributors, and publishers) usually negotiate timing, royalty rates, and prices for their content with streaming services, television networks, and similar in a regional or country-restricted fashion.  In some cases, it can be even more specific, with regional negotiations in larger countries.  All of this is done with the intent of maximizing the profits and returns on the investment in the television show, movie, or other video content in the first place.

What this means for consumers is that, even in the case of movies or TV shows that have been available for a long time – years, in some cases – they may still be restricted to certain geographic regions.  In some cases, a lot of people turn to illegal peer-to-peer file sharing in order to obtain their desired content, and overcome these restrictions.  While this is possible, it is arguably more risky than overcoming the geographic restrictions with an existing provider, by using a VPN service.

With a VPN service, users can bypass geographic content restrictions.  That’s not all, of course.  VPN services, which are usually subscription-based, provide clients or apps for various operating systems.  Users sign up for an account, download the client or app for their device, and run it.  Then, they connect to a server in the VPN service’s network, and now gain the benefits of using the VPN service.

And what are those benefits?  Specifically, VPN services create an encrypted tunnel for secure traffic between the user and the VPN server they choose.  This traffic is essentially gibberish to any ISP or government monitors watching it – they can’t see its ultimate destination, and cannot decipher it.  When it gets to the VPN server, it is decrypted, and routed on to the ultimate destination server (e.g., Amazon, Google, and so on).  It is also appended at this stage with an IP address from the VPN server’s pool, obscuring the user’s true address (this is important – more on this in a minute).  The traffic hits the destination server, and then the process works in reverse to route the reply back to the user’s device.

In addition to the security, privacy, and anonymity that VPN services provide, they allow users to bypass geographic content restrictions.  Most VPN services operate servers in dozens of different countries around the world.  Because content restrictions are usually enforced based on a user’s IP address, through a process known as geo-location, the IP address is key to bypassing these restrictions.  You can try this yourself by inputting your IP address on a site like TextMagic, and see what kind of geographic information it reveals about you.  If you are in the Netherlands, and access Amazon, it will show your IP is in the Netherlands.  But, if you connect through a VPN service, and use a server located in, say, the UK, Amazon will think you are in the UK.  You’ll have access to the UK content library in Amazon Prime Video.  The same holds true when you access through any other server in a different country through your VPN service.

There is one important note to all of this, though.  While not illegal in the same way sharing copyrighted material through peer-to-peer file sharing is, using a VPN service to bypass geographic restrictions can be a violation of the terms of service for Amazon Prime Video (and most other online video streaming services, Netflix included).  This means you do run a slight risk of having your account suspended or banned.  In practice, though, most companies don’t enforce these kind of restrictions in such a manner – they still want your money, and just must make good faith efforts to enforce content restrictions in order to show their content providers they have systems in place for such a purpose.

Previous articleExpats and international students: How not to get scammed in the Netherlands
Next articleCol du Vam: The Dutch made a mountain for cycling