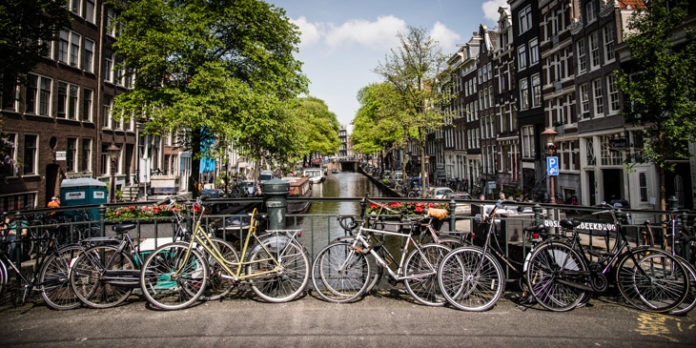 A new project aims for the world’s first plastic bicycle path to be constructed in the Netherlands. This ambitious new idea proves once again that Holland is an innovative place. But most importantly, the project may change the ways in which we use recycled plastic.

World’s first plastic bicycle path to be constructed in the Netherlands: The Project

The idea of a plastic road has been around for quite some time. However, the official project was launched in 2015 by KWS. Since then, the company has further developed this innovative project with the help of plastic pipe maker Wavin and the Total oil and gas group.The bike path in Zwolle will be open for cyclists in September of this year. There is also a plan to launch a second plastic track somewhere in Overijssel province later in the year. The Zwolle bicycle path is set out to be 30 metres long and entirely made up of recycled plastic. This initial project will test if the idea is suitable and possibly launched in other cities.

World’s first plastic bicycle path to be constructed in the Netherlands: The benefits

The bicycle path will be made out of hollow prefabricated elements. This will allow for the insertion of a water drainage system, as well as pipes. According to KWS, these bicycle paths are an important step towards the development and success of constructing other plastic roads. The main objective of this project is to create a road with a smaller ecological footprint, in comparison to traditional road systems. Once the recycled plastic used to construct the road reaches the end of its life expectancy, it can be recycled once again. This contributes to a circular economy, as well as a cleaner environment.

Are you excited about Holland’s project to construct the world’s first plastic bicycle path? What is your take on this project? Let us know in the comments below!

Previous articleThe weather this weekend is going to be ‘meh’!
Next articleOur national football nightmare: how to make the Netherlands great again!