How the Dutch government is organised goes back to a famous French philosopher Charles Montesquieu and his radical idea of the Trias Politica.

Politics in the Netherlands doesn’t tend to make many headlines on the world stage, at least compared to the corruption and drama many nations have to deal with. Perhaps this is thanks to the system of power in the Netherlands known as Trias Politica (which, in my opinion, other countries should take note of).

The term “Trias Politica” is a very popular term in the political corridors of the Netherlands. Before explaining how this Dutch system of government works, let me define it a little bit.

Trias Politica is a system of government where a country’s government is divided into branches, each with separate and independent powers and areas of responsibility so that the powers of one branch are not in conflict with the powers associated with the other branches.

The French philosopher and political theorist Charles Montesquieu (1689-1755) was the founder of the Trias Politica, and his work l’Esprit des Lois (The Spirit of Laws), in 1748 concludes that there are three powers that must be separated: the legislative power, the executive power and the judiciary.

According to Montesquieu, in a good political system, these three different powers must control each other and power should therefore never lie with a small select group of nobles and clergy, as was customary in his time.

To really understand the system of government that has been adopted by the Netherlands, one must take a good look at how the country made a transition from absolute monarchy to a parliamentary system of democracy, where the king still has a part to play despite not having “absolute power” anymore.

Following the People’s Spring or The Revolutions of 1848 that spread like wildfire throughout Europe, the then king of the Netherlands William II decided to allow a change of system that would usher in an era of parliamentary democracy into the Netherlands.

Seeing as the revolutions were essentially democratic and liberal in nature, with the aim of removing the old monarchies and replacing them with independent national states, King William II decided to let Dutch statesman Johan Rudolph Thorbecke revise the constitution.

When the Dutch politician, Johan Thorbecke wrote the new Dutch Constitution in 1848, he was guided by Charles Montesquieu’s work. However, he did not use the Trias Politica in its purest form. There is, of course, the three powers in the Netherlands but there is still a slight difference. These three powers are:

According to Montesquieu, the government should not have any legislative power at all. In the Netherlands, however, most legislation comes from the government. The House of Representatives always has a controlling role as a formal legislator and the possibility to amend laws (right of amendment).

The executive power is the seat of government. The government consists of the King or Queen and the ministers. The team of ministers is called “The Council of Ministers”, and are all under the leadership of the Prime Minister or Minister-President in Dutch.

The Council of Ministers makes decisions on matters that affect the government on every aspect of life in the Netherlands.

Furthermore, judges do not make laws and the independence of the judiciary is always of paramount importance. This is important because a judge can be asked for an opinion on the legality of acts of law or administration. For this reason, a judge is in no way subordinated to another government body.

The Dutch System of Checks and Balances

In the Dutch political system, according to the Trias Politica, none of these branches of government has the upper hand over the others. They are technically equal and none is more powerful than the other.

While absolute monarchy no longer exists in the Netherlands, constitutionally, the King is the head of state and has a role in the formation of the government and in the legislative process. He has to co-sign every law to make it valid.

The Government of the Netherlands constitutionally consists of the King and the cabinet ministers. The King’s role is limited to the formation of the government and he does not actively interfere in daily decision making.

The Dutch Parliament, officially known as the States-General of the Netherlands, consists of a House of Representatives (Tweede Kamer) and a Senate (Eerste Kamer). Both chambers meet at the Binnenhof in The Hague.

The Council of State

The Council of State is an advisory body of the cabinet on constitutional and judicial aspects of legislature and policy. This council consists of members of the royal family and other members (appointed by the crown) with political, commercial, diplomatic or military experience.

All laws proposed by the cabinet have to be sent to the Council of State for advice. While the advice may not be binding, the cabinet is required to react to the advice and it often plays a significant role in the ensuing debate in Parliament.

Why the Dutch system of government matters

The Dutch system of government is very important for various reasons. The most important reason is ensuring the freedom of her citizens. Personally, I find the Netherlands to be the “true land of the free.” This is a country where no arm of the government is more powerful than the other and the system is set up in a way that it not only works, it also protects the rights and freedoms of its citizens.

It is a system with the understanding that instead of arming the populace (like the U.S) in case of government tyranny, the best solution would be to make use of a system where the government is never too powerful to oppress the people in the first place. The Dutch “Trias Politica” perfectly shows how the freedom of an individual can be protected from the power of the State.

Take the U.S Second Amendment as an example.

It was based partially on the right to keep and bear arms in English common law and was influenced by the English Bill of Rights of 1689. It can be described as an auxiliary right, supporting the natural rights of self-defense and resistance to oppression.

Of course, the U.S. Constitution sets up the U.S. government in a way that no one branch is more powerful than the other. This is called “separation of powers” or “checks and balances.”

This involves the legislative, judicial, and executive branches, plus the 50 states. The American founding fathers did not trust the nature of men and did not want to concentrate power in one branch, so they divided power amongst all branches. In theory, it all seems perfect, but in practice, a problem has always presented itself.

There have been different times in history when the balance has been a bit off. The problem with the U.S. system of government is that if you ask her citizens to name a branch which is more powerful than the others, they always seem to name one branch of government — and it should not be so!

A lot of Americans grow up with the natural instinct that they have to be armed just in case the government becomes tyrannical, and they have to defend themselves. Unfortunately, we live in a world where such an instinct, backed by the second amendment, has seen weapons easily get into the hands of very sick people who have used them to take lots of innocent lives.

The Trias Politica was used to make sure that William II and his descendants who later ascended the throne weren’t despotic rulers. It played a crucial role in perfectly separating power amongst the branches of government and ensuring that none of these branches would ever become too powerful to control.

It can be said that the Trias Politica curbed tyranny in the Netherlands and ensured that her people would never have to worry about rising up in arms against despotic rulers.

I’m of the opinion that if the U.S founding fathers tried the Trias Politica, arming the American populace wouldn’t have been necessary. I honestly believe that the U.S. has a thing or two to learn from Dutch statesman Johan Rudolph Thorbecke.

Do you have any opinions about the current Dutch system of government? What about your own country? Tell us in the comments!

Feature image: Rudy and Peter Skitterians/Pixabay
Editor’s Note: This article was originally published in May 2018, and was fully updated in March 2021 for your reading pleasure. 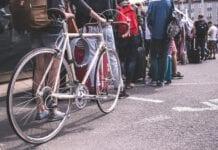 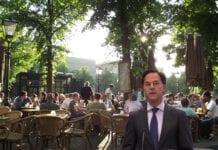