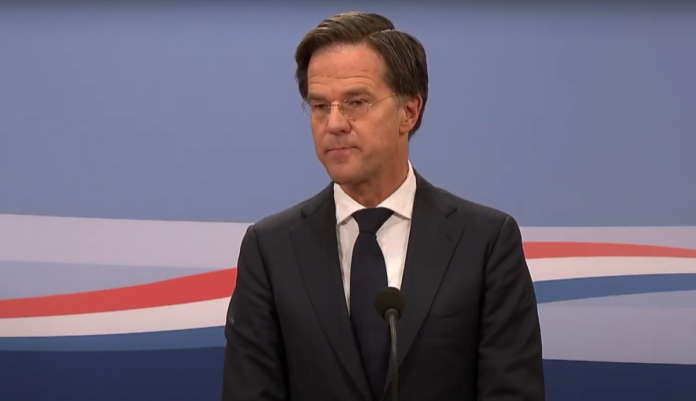 Rutte has addressed the nation in a press conference. He opens swiftly and gets right to business. “This cabinet is politically responsible for this horrible affair, so we resign.”

The cabinet has been crumbling for a while now due to controversy over the childcare allowance scandal. Yesterday, the leader of the Labour Party (PvdA), Lodewijk Asscher, resigned due to his role as Minister of Social Affairs during the scandal.

Today’s meeting saw the final blow to the cabinet. Rutte will now offer the cabinet’s resignation to the King. This will be the first time that King Willem-Alexander will receive a resignation from a Prime Minister since his reign started in 2013.

What now? And what about corona?

The coalition has decided to adopt a demissionary status. This means that the cabinet will no longer make large decisions and changes in policy.

“Everything remains the same in that area. So for the corona plans there remains a majority in the House of Representatives.” The cabinet is said to have reached this decision “in good harmony and together,” one source tells the NOS.

The cabinet will hold this status until a new coalition can be formed after the next general election on March 17, 2021.

What was the scandal?

The childcare allowance scandal was the catalyst in this coalition’s collapse. What exactly happened here?

Parents in the Netherlands are usually granted allowances in order to cover the cost of daycare. However, following the release of a report titled, “Unprecedented Justice” last month, the Dutch government has been in hot water.

The report found that more than 20,000 working class parents in the Netherlands had been wrongly accused of fraud by the tax office. These parents were asked to pay back thousands of euros to the tax office, after it concluded that some form of fraud had been carried out.

However, in reality, many of these parents had not committed any fraud and were entitled to the allowances they had been initially granted.

Of the 20,000 families who were wrongly chased down for fraud, 11,000 of those parents were found to be of dual-nationality. This is something that the tax authority has admitted following accusations of racial profiling.

For years, the tax office would not grant any appeals made by the families affected. As a result, some parents were forced to move homes in order to cover the costs.

The government believe the matter at hand is a political one, not criminal and so those involved in chasing these families will not be criminally prosecuted for the time being.

The government has now answered for this massive failure, one that Rutte acknowledged himself: “It is obvious that we didn’t live up to our standards or protect the citizens from the tax office.”

The Minister of Economic Affairs, Eric Derk Wiebes, has also resigned following the scandal. However, the details as to why have not been released. Rutte spoke of Wiebes’ departure during his address. “We will miss Wiebes,” said Rutte. Wiebes will discuss his resignation later today.

Justice for the parents

Besides corona, the demissionairy cabinet will also continue to focus on justice for the victimized parents, says Rutte.

Do you believe the Dutch cabinet should have fallen for this? Tell us your thoughts in the comments below.