The Dutch and Vaccination – how are the Netherlands doing with vaccines?

Living in the NetherlandsHealthNewsInternational
November 16, 2017 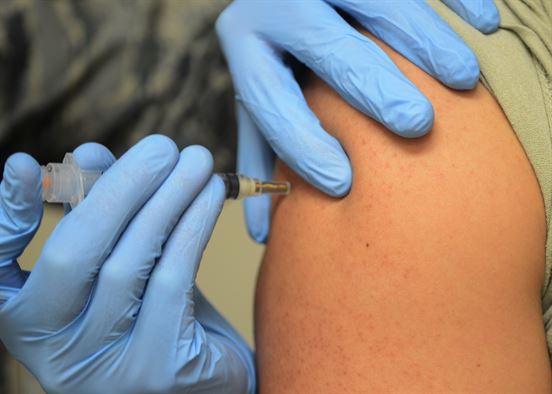 The Dutch and Vaccination – how are the Netherlands doing when it comes to vaccines and vaccination?

Vaccines prevent transmissible, or communicable, illnesses. Some of these illnesses can lead to disability or death, either in susceptible individuals (such as people, including children, who medically cannot take certain vaccines) or even healthy people, depending on the infection. So how are the Netherlands doing on the vaccination front?

The Dutch and Vaccination: Agoraphobic? Another reason to avoid crowds

These are only reports about measles outbreaks, but an updated interactive global map of outbreaks tracks more re-emerging preventable diseases, including mumps, whooping cough (caused by a bacteria, B. pertussis), and more.

But what about the Dutch and vaccination?

In The Netherlands, measles outbreaks were also problematic in 2013-14 (and earlier as well). Conclusions from those investigations noted that “the vast majority of reported cases were unvaccinated (94%, n = 2,539), mostly for religious reasons (84%, n = 2,135).” In this study on the Dutch and vaccination, it was noted that orthodox Protestants (1% of the Dutch population) made up the majority of those both unvaccinated and affected by the outbreak. On the other hand, a survey of Dutch parents about a new childhood vaccination program suggested that higher education and a lack of religion were among risk factors for fully negative attitudes towards vaccination in the Netherlands.

Interestingly, a global survey of 67 countries showed that the European region has the lowest confidence in vaccination, with the French topping that list. On the opposite end, Bangladesh is the most accepting. The Dutch as a whole ranked reasonably well in this survey regarding confidence in vaccine safety and effectiveness, and also ranked among the top European countries that responded that vaccination is compatible with religious beliefs.

Looking back to 2002, the National Institute for Public Health and the Environment (RIVM) reported that the National Immunisation Program (Rijksvaccinatieprogramma, RVP) had a vaccination rate of more than 95%, but this was declining gradually over time. This would seem consistent with the observation that a drop in vaccination and more outbreaks were occurring. After all, the RIVM stated that a rate of vaccination over more than 90% of the population needs to be maintained in order to prevent vaccine-preventable infectious diseases.

Vaccination in the Netherlands – Believe it or not?

The arguments for and against vaccination are far more complex than simply the science. (The debate about the scientific merit of vaccination was fueled by a since-discredited study published in 1998, whose publication was retracted in 2010 by medical journal publisher. Note: retraction of journal publications virtually never happens otherwise.)

And, the controversy will probably never be completely resolved. Why? Because it boils down to a fundamental argument of which is more valuable to someone: individual choice, or benefit for society? Of course, the spectrum of beliefs is neither linear, nor is it black-and-white.

Admittedly, I’m all for vaccination. When it comes to a “quick fix,” I think vaccines qualify. I want to protect myself, my loved ones (including any future hypothetical offspring), and my community from transmissible illnesses. For example, I’m traveling to India this winter, and also visiting my newborn niece in the U.S. Basically if I don’t vaccinate, then either I potentially suffer (just say NO to acute hepatitis or typhoid, thank you very much) or someone else might (I definitely don’t want to give my baby niece the flu or whooping cough, when she is still too young to be vaccinated).

Vaccines for me personally are mandatory, and if the government is willing to provide them at no cost, then all the better. Learn more about the Dutch National Immunisation Program here.

So where do you stand on vaccinations?

Previous articleThe wonders of Dutch sex education at primary school
Next articleStudent housing problems in the Netherlands: the nightmare continues

Amsterdam only the 44th most popular tourist destination according to, well, TikTok

Millions of tourists flock to the Netherlands every year, but if we are to believe the most recent TikTok verdict,...