Much like any language that has existed for centuries, Dutch has lost many of its more charming words and phrases from the olden days.

Some argue most of these losses occurred during the black plague when people tended to stay quiet since most conversations would end up circling to tragic losses, no matter how hard you tried to keep talking about your cats.

Others say this is simply due to times changing. Linguists claim it is a common characteristic of languages to evolve and leave behind lesser-used words in the process. Regardless there are some hidden gems in the ancient Dutch language of yore, and today we shall attempt to give you the tools to insult and/or hold a conversation with a Dutchman from the 1300s.

A word that dates back to medieval times when men were men and everyone died around age 32 due to a lack of dietary knowledge and things like clean water. Swimpie was used to describe the squire to another squire, (effectively a servant’s servant) an exceptionally low position to hold in a feudal system.

There have been very few famous swimpies throughout history, with good reason. Why would you ever want to write about the squire’s squire when you can write about knights? The word got a slight resurgence in the early ’00s when it was used as slang for a loser. Seems some things don’t really change much.

Schobbejak is another traditional Dutch insult. It stems from a combination of “schubbe” and “jak” which mean scales and jacket respectively. Basically, the word implies that someone is wearing a coat of scales, effectively calling the villain in question a snake.

The word is only used in two situations in contemporary Dutch. The first is by hipsters, who believe using a word that is centuries-old makes them look cool. The second is when people need to insult these same hipsters and use their own language against them. En gard!

Feeling a bit under the weather and considering calling in sick by sending a messenger pigeon to your 1700’s Dutch merchant boss? You may want to tell him that you’re feeling a bit kwipsch!

The word most closely translates to sickly and was used to describe those who lived in a constant state of weak physical health. Think Théoden in Lord of the Rings, before Gandalf kicked Saruman’s arse, with words.

Perhaps my personal favourite Dutch words of old is natgierig. Taken apart the words nat and gierig mean wet and greedy respectively. Put together they’re used as an adjective to describe someone who really, really enjoys getting drunk. Someone who’s in effect greedy to get wet by imbibing copious amounts of alcohol.

A leuningbijter can be literally translated as “someone who bites armrests”. It was used as a noun to describe a person who, well, never does anything. It is unclear even to the greatest of Dutch linguist what exactly this has to do with biting armrests.

However, the word has been around for quite some time. Rumour has it there are cave drawings in Limburg where people are depicted biting the armrests of chairs, though few can claim to have seen them in person. 😉

Another noun, adamiet is used to describe someone who walks around naked. As in, all the time. Apparently, in the Dutch olden days, people ran around naked so frequently that they needed a word to describe these naturists.

The word stems from Adam, the person most for being naked prior to Kim Kardashian, and “iet” which is a bit like the suffix-ish. Effectively, everyone who walked around naked was Adam-ish and basically biblical. Why is there no word that means Eve-ish you ask? Because of the patriarchy. Now stop asking!

Addergebroed is another one of those biblical serpent references to Satan and his untrustworthiness. It translates to “spawn of snake”, and while it would still be very much useful to describe our contemporary politicians, for some reason it has fallen out of favour. I blame the politicians for this.

This one is still in use though not very often. It is used to describe a mischievous prank, usually pulled by Dutch children, such as “belletje lellen” (knock-down-ginger or other based bell ringing pranks).

This literally translates to goldfinger, and no, medieval Dutchies did predict the 1964 Bond classic. It was used to refer to your ring finger but is a reference to arguably one of the better Bond villains, Goldfinger. Unfortunately, the word has fallen out of use, so don’t try to use it when speaking with your Dutch doctor.

Got any other favourite old Dutch words? Let us know in the comments below!

Editor’s Note: This article was originally published in September 2015, and was fully updated in March 2021 for your reading pleasure.
Feature Image: RalfGervink/Pixabay

7 ways a Dutch job is different 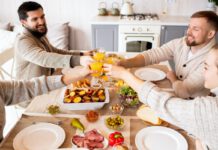