Dutch Infrastructure: Why We Should Be Thankful for It

It’s now been about a month since I packed my bags and left Rotterdam, Holland’s ‘Manhattan on the Maas’, for New York City, the real Manhattan (Let’s be honest, Rotterdam has a very long way to go still if we’re comparing skylines). Being back in the U.S. is a strange feeling altogether. It always is when returning to an old, familiar place and finding everything and nothing has changed. More than anything else, however, being here causes me to be constantly reminded of the fact that people are spoiled when it comes to Dutch infrastructure.

The Americans have a long way to go

While I hope I don’t offend any Americans too much by stating this, I’ve always thought of the U.S. as the world’s most glorified developing nation. At least, that’s the case when it comes to their infrastructure. Wires are above the ground everywhere. Streets are littered with potholes and irregularly paved splotches of tarmac (It’s honestly almost worse than driving in Belgium). Tap water in most states must be filtered before it’s safe to drink. Little reminders are constant and just when I think I’ve seen it all, another hint pops up. It’s not quite as bad as Jakarta, for example, but it’s lightyears behind the Dutch infrastructure.

The Dutch will be Dutch

Nevertheless, I seem to find that the Dutch will always find another point to complain about, even if it’s their wonderful Dutch infrastructure. In Rotterdam, for example, there is always a street under construction. It’s not that strange, when one section is done, they move on and update the next part. It’s a constantly modernizing, growing city. I don’t think that Dutch residents don’t know the reason for the consistent roadworks, but for those two weeks that their commute to work is delayed by ten minutes, you’ll be sure to hear it.

And I know the feeling. Just a few weeks ago the train tracks between Rotterdam and The Hague were shut down for two weeks to allow for new tracks to be laid. People had to take the bus. The bus. Anybody who knows me knows just how much I hate riding buses (I’m not quite sure why, but it always just gets to me). So there I was, along with everyone else, annoyed and frustrated that I would have to stand in line only to be shoved into a bus along with thirty others. 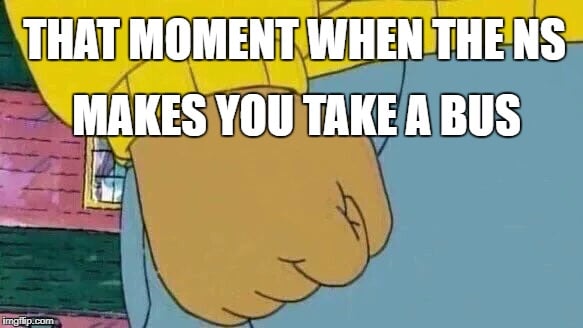 Dutch Infrastructure is a national treasure

But despite all the interruptions to travel (and forcing people to ride buses instead of trains #trainmasterrace), it’s all worth it, I just feel those responsible for upholding our nation to such high standards could occasionally get a pat on the back instead of an annoyed glare and an angry muttering.

And look, I’m not saying it’s a perfect system, but it’s worth appreciating. Much like Mao Zedong, Dutch Infrastructure can be seen as 2/3 good and 1/3 bad, and isn’t that enough to be celebrating?

Previous articleThere’s still plenty to do in Scheveningen in the fall!
Next articleYes! Some sunshine is coming our way this weekend

Until recently, Formula 1 has been very much a European sport: The majority of Grands Prix have taken place on...