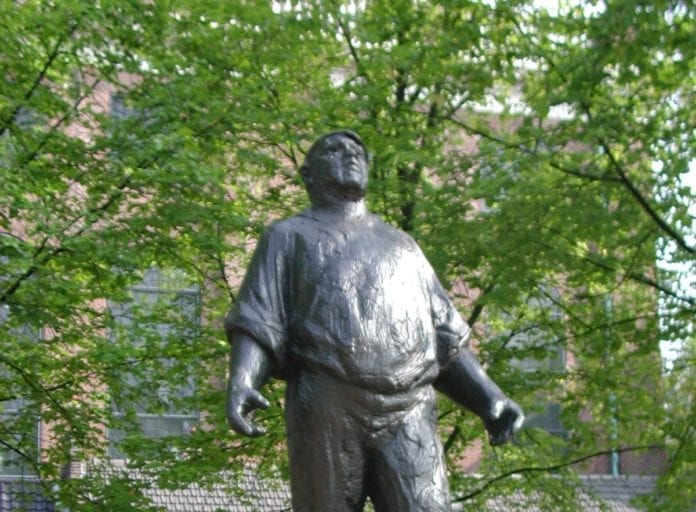 Hardcore ADO supporters and the Graffiti in Amsterdam

The Instagram page, “awaydays_fcdh” posted some of the graffiti.

The graffiti included hate speech aimed at the Jewish community, swastikas and anti-jewish slogans have been sprayed up on walls. Although the police found several places so far, they refused to specify exactly how wide-spread it was.

Graffiti is in large aimed at Ajax Supporters

The hate-filled graffiti has also stained the Jonas Daniël Meijerplein memorial that commemorates the February strike, an event that is commemorated this Sunday, the 24th.

Known in Dutch as “De Dokwerker”, the statue commemorates the February strike of 1941. This was the first real protest of Nazi occupation in Europe. The February strike or “Februaristaking” lasted for two days; on the second day, the 26th of February, up to 300,000 people joined the strike.

Sunday the 24th: Ajax vs ADO FC home and away match

Hardcore ADO fans are suspected of spraying the hateful graffiti seen across Amsterdam. Ajax and ADO FC fan-clubs have had a venomous relationship in the past. This Sunday, the 24th is the same day Ajax fans rally in The Hague, the colours used in the graffiti also match ADO FC’s team colours. Five buss loads of Ajax supporters (249) people are expected to attend the rally.

Nazi symbolism belongs in the past, and the past in this particular instance should stay dead. This graffiti displays nothing but ignorance from a bunch of knuckleheads. Join us in condemning these idiots in the comments!

Previous articleCan toystores be a thing of the past? Intertoys files for bankruptcy
Next articleWhat’s it like living in the Netherlands as an Indian, you ask?