National security in the Netherlands: are the Dutch concerned? 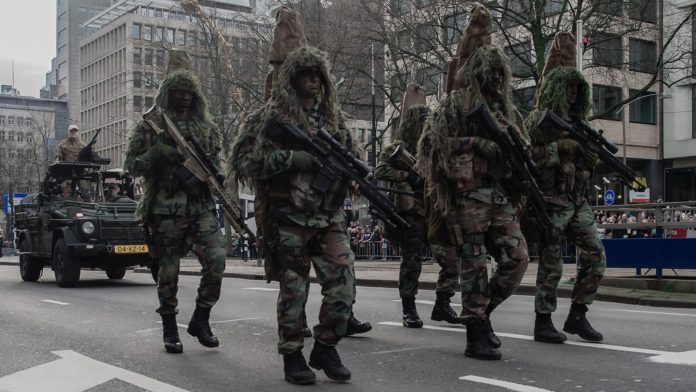 The Dutch aren’t generally a people easily overcome by fear, they’re usually quite stable and set in their ways, but new numbers do show an increase in the small country’s worries. War, terrorism and refugee influx are on the minds of the locals.

According to the National Freedom Survey 2017, fear of terrorism is at its highest level since 2002 – a year after the WTC attacks of 9/11 and the outbreak of the Afghanistan War.

With terrorist attacks in recent years in Germany, Belgium, France and the UK as well as others, Holland finds itself geographically close to all these incidents, while also being subjected to some on home ground.

Police, military and the intelligence services are working around the clock to prevent anything from happening and, after severely neglecting its military for decades, the new “Government in Formation” will most likely increase defence expenditures.

Though the Netherlands has seen its share of terrorism, including extremist Islam, it has to be noted that “radicalisation” in the country is much less than in countries like France and Belgium where sensitive youth disconnected decades ago and have grown their own, near separate, societies. Nonetheless, 6 out of 10 respondents indicated worries about terrorism being a threat to the country.

The Spy and the Soldier

As the report finds 4 out of 10 respondents also worry about the prospect of war and military escalation, an increase of one point compared to last year. Worries in particular focus on Russian activity in Eastern-Europe and near NATO-borders. Escalation could trigger NATO-protocol, if one member is attacked all must act. With Russia intensifying pressure on Baltic countries and hacking attempts into Dutch systems, fear is logically rising.

The Dutch also have reason to worry for further escalation in the Middle-East, the destabilisation of Iraq and Syria could effect Turkey and as such find confrontation at the very doorstep of Europe. As recently shown, Afghanistan too appears to struggle to fight off the Taliban – all are conflicts in which the Dutch military played a role and may again in the future.

But there’s good news too, while in many other nations hostility and fears are rising towards refugees, the Dutch have seen a significant decrease in worries regarding asylum seekers. From nearly half of the respondents of last year’s inquiry regarding the new comers, numbers dropped significantly to merely a third. So far it appears that refugee-related problems are within the boundaries of reason and no major incidents have taken place yet.

As it appears the Dutch are following a global, or at least regional trend, of increasing worries about terrorism and war but are going against the stream regarding their views on refugees. In the end the numbers are merely a quick representation done through a survey, but they are indicative of what the Dutch would like to see improved – their overall sense of security and stability.

But for now there’s no real reason to be afraid, so far there have been no real incidents as of late, even the incredibly tragic MH-17 air crash disaster is nearly three years ago, and security services seem to be fairly well on top of their game.

So should you worry when the sirens go off? Well – if it’s 12 in the morning on the first Monday of the month, no. If it goes off at any other time, yes, but it will still be highly unlikely that terrorists or Russians have made a move against the Netherlands. Most likely authorities are worried about a nearby industrial accident and warning people in advance. When push comes to shove, despite our worries, Holland is as save as it gets. And that’s exactly how we like it.