The Netherlands has topped the charts for English proficiency in a new study released by EF Education First.

The EF English Proficiency Index (EF EFI) 2020 examined the English-speaking capabilities of 2.2 million respondents across 100 countries. It’s the second year in a row that the Dutch have claimed the top spot.

Naturally, we’re sure the Dutch are proud as punch over the achievement — especially after beating out their language arch-nemesis Denmark for the title. The Dutch scored 652 points on the survey, relegating the Danes to second-place with 632 points.

“It’s great that the Netherlands has again managed to occupy the number one position this year,” says Marc Hollander, Country Manager of EF Education First Netherlands. “It has become clear that communication is key, especially in the challenging circumstances of the past year.”

Which city is home to the best English-speakers in Holland?

Drumroll please … well, perhaps that’s not necessary. Amsterdam is home to the best English-speakers in the Netherlands, closely followed by Rotterdam and The Hague. We could lie and say that we’re surprised but … we’re not.

Of course, the Dutch speak great English all the way across the nation. But how did this tiny country become so good at a language that isn’t their own?

Why the Dutch are great at English

The Netherlands teaches English from primary school all the way through the final years of high school, and even vocational education and university. Some universities have even switched entire courses to English, prompting fear of a “linguicide” of the Dutch language.

Meanwhile, unlike other European countries, like Germany and Spain, that insist on dubbing popular television shows and movies, the Dutch don’t rely on dubbing. That’s why you can walk into virtually any non-children’s movie playing in a cinema in the Netherlands and enjoy it in English.

READ MORE | Why are the Dutch so good at speaking English? 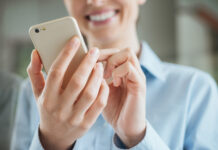 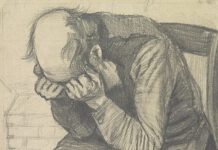 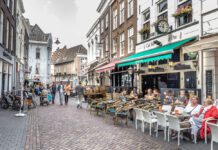