The Dutch cabinet is going to challenge the curfew ban which was ruled by a judge in The Hague earlier today.

The judge of the court case ruled that the curfew in the Netherlands should be lifted immediately, on the grounds that it is a violation of the right to freedom of movement and freedom of privacy. He had also found that the passing of curfew was unlawful, deeming the measure not urgent enough to bypass Parliament.

By the means of an urgent appeal, the cabinet is asking the judge to suspend his ruling, reports NOS.

As mentioned in the press conference with Mark Rutte and Ferd Grapperhaus, the cabinet is also planning to introduce emergency legislation to uphold the curfew. This is as yet unclear how and when it will take affect.

Rutte also stated in a moral appeal for the public to abide by curfew whether or not it is legally binding.

The court in The Hague is supposed to consider the request for suspension at 4 PM this afternoon. The question of whether or not the curfew should be upheld is to be decided in a later session.

If the ruling doesn’t change this afternoon, the curfew will be cancelled immediately. This would mean that you can legally go outside after 9 PM today, confirms NOS.

How does this all affect your plans for a midnight walk? Unless the higher appeal at 4PM gives us a different verdict, there will be no legal basis for the police to enforce curfew.

Are you surprised by this development? Let us know in the comments below! 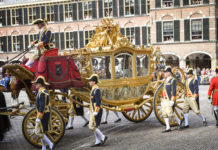 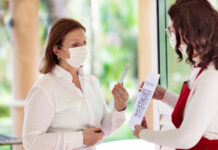