In a whale of a tale, a Dutch metro driver has narrowly avoided catastrophe after the metro ran through a buffer stop at the end of the line.

The car of the metro was left dangling 10 metres off the ground. It’s currently balancing on a conveniently placed sculpture of a whale tail.

Emergency services turned out en masse for the incident, which happened around 12:30 AM at metro station De Akkers in Spijkenisse, south-west of Rotterdam.

Luckily, the train driver was able to extract himself from the vehicle. While he is reportedly not injured, he was taken to hospital as a precaution. As far as the driver knows, there were no passengers in the vehicle at the time.

The incident could have been much worse, if not for the sculpture at the end of the track. In a stroke of luck, the artwork ‘Whale tails’ by architect and visual artist Maarten Struijs managed to catch the metro before it landed on the walking path below.

It is currently unknown how the incident occurred. However, since the accident took place at the end of the metro line an RET spokesperson think the incident will not affect the timetable, reports Nu.nl.

However, salvaging the metro will take some time. “It is at a height of 10 meters at the end of the rail. It will be quite an exercise,” the spokesperson said. 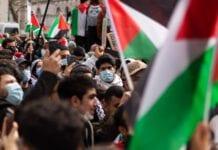 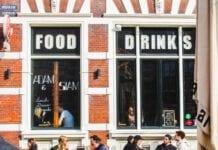 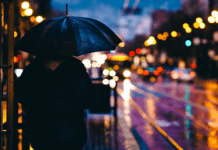 Drop the sunscreen and grab an umbrella: the rain is here to stay