Trump plans to put huge tariffs on EU goods; including our Gouda and Edam cheese! 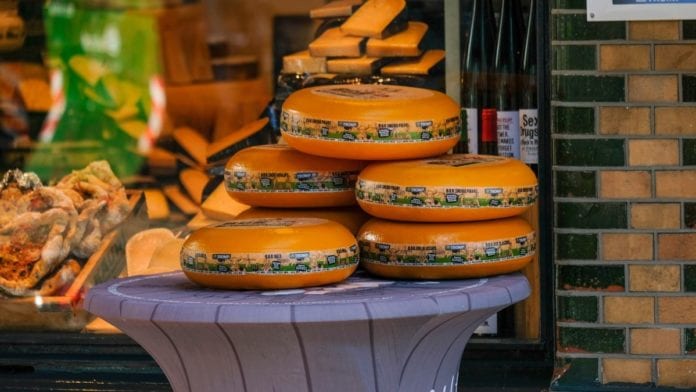 Donald Trump’s administration plans to to put $11 billion tariffs on EU goods.  In his tweet (sigh) he claimed that he could put tariffs on items like cheese, wine, and flights. And snap, Gouda and Edam made the Trump-hate-list.

This comes at a tentative moment in European relations, with Brexit proposals being knocked back every other week and Trump’s history of slapping tariffs on everything. He has tweeted in the past about his plans to put tariffs on European cars and other stuff being imported to the US.

The U.S. and China are the EU’s biggest trading partners and any disruption in commerce, such as by Trump’s threat to impose tariffs on car imports, could have major consequences for the bloc https://t.co/dhPPkxQv1k

First it was windmills and now this? The next thing they’re also targeting? Cheese, Dutch cheese. Seriously, they’re putting Gouda on a fricking black-list:

Edam and gouda cheese, processed, not grated or powdered, not
subject to gen note 15 or add. US note 20 to Ch. 4

Guess we’re just going to have to smuggle in that Old Leidse Kaas, Komijnenkaas, Old Amsterdam, Beemster and Assumburger.

International Trade: why tariffs on cheese, wine and flights could sting the EU

The International Monetary Fund released a statement saying world trade is going through a very delicate phase. Brexit is the top priority threat to trade relations and the United Kingdom could go into economic ruin if they leave the EU without an amicable deal.

Trump threw the U.S. into the discussion claiming that the days of the EU getting hand-outs is over. Airbus being heavily subsidized by the United States is what has prompted Trump to outline tariffs he might impose on cheese, wine and flights. And surely it has nothing to do with Boeing not having their things on order (sorry – two planes crashed – totally screwing up is a better description). They must be taking some major financial hits over there.

The World Trade Organization finds that the European Union subsidies to Airbus has adversely impacted the United States, which will now put Tariffs on $11 Billion of EU products! The EU has taken advantage of the U.S. on trade for many years. It will soon stop!

What do you think? Do you think Airbus’ subsidies had an adverse effect on the United States economy? Is Dutch cheese the best? Why? Why not? Join the discussion on our Facebook page!

Move over horror films, the latest in The Netherlands’ terrifying saga hits the news: Unsuspecting Family Hit with Six-Figure Energy...