Why retroactively cutting down on 30% ruling for expats is unfair and devastating!

The governments plans for reducing the 30% ruling for expats in the Netherlands from 8 to 5 years in duration is fair play. However, also doing this for the expats currently using this 30% benefit is unfair and devastating for the highly-skilled industry in the Netherlands, the longterm-life-plans by expats here and trust in the Dutch government in general.

What seemed to be just another run-of-the-mill economic policy measure was announced last Friday, obviously, the new-ish Dutch government didn’t want to play this one up too much. Long rumored plans of cutting down on the 30% ruling for expats in the Netherlands were announced. With the length of the 30% tax ruling going from 8 to 5 years, and it would also be sooner implemented than we all first thought, namely already at the 1st of January 2019.

But what isn’t fair, far from fair actually, is that they’re also cutting it down for existing cases. In other words, many people planning their lives and financial paths with those 8 years in mind just got royally screwed. Sorry for the language, there’s no other way to put it. 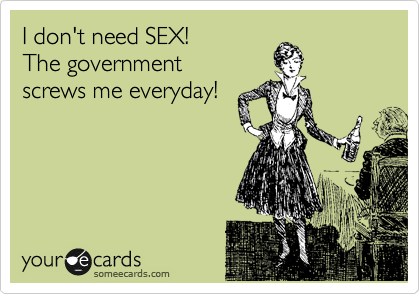 I hear a lot of Dutchies and other migrants thinking; ‘don’t whine that much DutchReview, it’s only fair they get to be in the same ship as us’. And seriously I get that, I even agree. But! It’s really not fair doing this retroactively. There are mainly two reasons why this totally unjustifiable.

Exhibit A: People just planned their lives around the 30% ruling for expats

It’s one thing for people now having their financial planning thrown around if they were planning to move to the Netherlands. It’s another thing if you decided on that 8 years period to build your life here with all the financial commitments that come with it.

We’re talking about buying a house in the Netherlands:

We’re talking about getting kids:

And we’re also talking about freaking planning your life around your income: 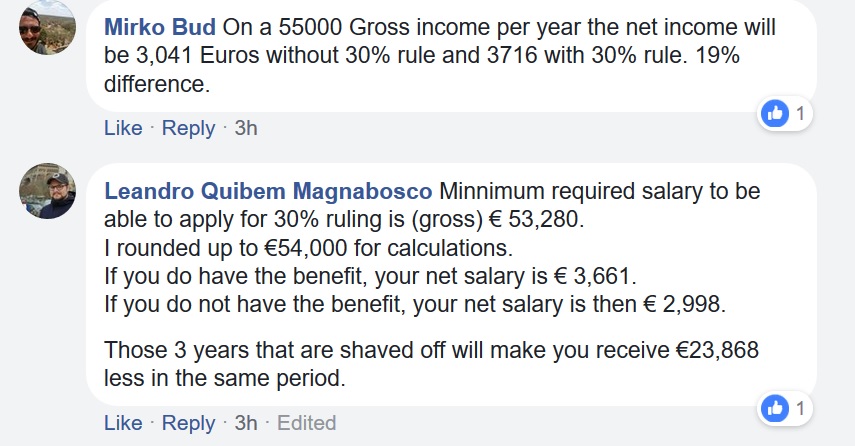 Exhibit B: The government and tax man promised 8 years

And it’s not like they’re stupid to plan on ambiguous promises by some shady financial advisor. I was kind of surprised (and shocked) to see that these people actually received written promises and declarations with dates and all that the 30% ruling would be valid for years. That’s the kind of stuff you can usually get a mortgage in the Netherlands for!

We’re not going to stand for this, and neither should you:

So expats are an easy prey more or less – they have no representation and heck even at this little webmagazine nobody is profiting from the 30% ruling. But I do know that it sucks when the government defaults on their promises. And it not only sucks because of the aforementioned reasons and exhibits but also because there are some laws in place that specifically forbid the government breaking their written promises. It’s called the ‘general starting points of good governing’ or in Dutch ‘Algemene beginselen van behoorlijk bestuur’.

Two of these are the ‘Rechtszekerheidbeginsel’ and the ‘vertrouwensbeginsel’ which may sound complicated but basically says the people should be able to count on the government making good on these promises. So any court case can certainly be successful.

What we, expats and DutchReview, can do:

The complete details of the arrangement are now somewhere in policy-making la-la-land and we’re just going to have to drill it into the heads of our policymakers and government that retroactively cutting down on the 30% ruling is unfair and a big no-no. We’ll be searching out the right policymakers, MP’s and governmental offices for you all to bother. The third Tuesday of September, Prinsjesdag, is when all the policies for the upcoming years are announced, meaning that we have until the first week of September to turn this shitship around.

Meanwhile, talk to your company if you belong to a big firm, they, in turn, can rally their lobbyists in order to do something about this. Because if anything this government is sensitive about it’s about companies and their interests (hello there no dividend tax for big foreign investors for 1.4 billion per year!).

Thanks a-plenty for the input from this FB group concerned with the 30% ruling for expats. Feel free to join our DutchReview group and discuss this as well.

Previous article
Dating a Dutchman! 13 Reasons why it’s a good choice
Next article
Noisy protest to be held during WWII commemoration on the 4th of May