Bomb blast in Sri Lanka: 3 Dutch victims amongst the 310 killed 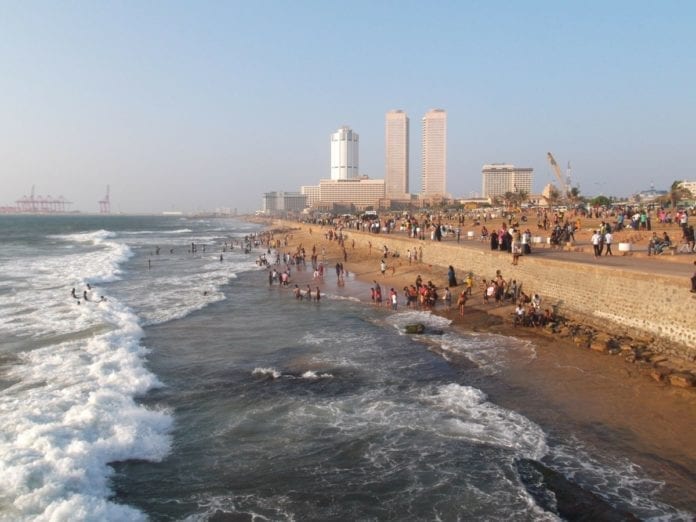 A series of eight devastating bomb blasts happened at various hotels and 3 churches in Sri Lanka on Sunday. Currently, we know that nearly 310 people were killed, and almost 500 others were injured, reports Al Jazeera. Among the killed are three Dutch people – a 48-year-old woman and 12-year-old girl who are believed to be mother and daughter, and a 54-year-old woman.

We at DutchReview send out our strength and love to all the victims in Sri Lanka. Terrorism and hate is never a solution for anyone, and this devastating news was not easy to report on. We hope our readers in Sri Lanka, and anyone who has friends and family there are all safe, and our thoughts and support go out to all the victims and their families.

Bomb blasts in Sri Lanka: Who were the victims?

The blasts happened at churches when people had gathered for Easter services. We know that nearly all the victims were Sri Lankans, with dozens of foreigners as well. Amongst them were the three Dutch victims.

All three of the Dutch victims lived abroad, while the mother and daughter have dual nationality, and the other woman was there on holiday with her husband and children, reports NOS.

Bomb blasts in Sri Lanka: Who did it?

There are different speculations coming up about who should be held responsible for the attacks in Sri Lanka. No one has claimed responsibility for the bomb blasts as of yet, but Defence Minister Ruwan Wijewardene described it as a “terrorist attack” by religious groups. The health minister Rajitha Senaratne said that radical Islamic group National Thowheeth Jama’ath (NTJ), a local Muslim group, is responsible. He also hinted at possible international links, reports Al Jazeera.

However, Prime Minister Ranil Wickremesinghe said that “so far the names that have come up are local”, but there will be investigations taken further to see if the suspected attackers had any “overseas links”. There are a total of 40 suspects under custody as of this moment.

Latest updates on the Sri Lanka bombings:
— The death toll rose to 310
— The number of suspects arrested increased to 40
— The government declared “emergency law," which allows the police to detain and interrogate suspects without obtaining warrantshttps://t.co/opWSsBvrQU

There has been a curfew decreed, along with a state of emergency delcared where the military has been deployed. Security at Colombo’s international airport has also been stepped up.

Previous article15 Great Festivals and Events in Tilburg in 2019
Next articleThe dry and sunny weather is gone after today… and what about King’s day?