The KNMI has issued a Code Red weather warning for the entire country, as the roads in the Netherlands are expected to become treacherously slippery this coming Monday.

Especially local roads will become slippery due to snow residues and freezing rain. Code Red applies to the entire country, starting at 3 AM for the Dutch provinces of North Holland, South Holland and Zeeland, reports the NOS.

From 5 AM onwards, the weather alert applies also for the Wadden Islands, Friesland, Flevoland, Utrecht, Gelderland and Noord Brabant. For the provinces of Groningen, Drenthe, Overijssel and Limburg, the warning comes into effect at 7 AM.

Rijkswaterstaat —  the Dutch roads authority — announced that over 500 gritters are prepared to combat the slippery roads. However ice is much more difficult to deal with than snow, they add.

In the previous week, Rijkswaterstaat used tens of millions of kilos of salt to deal with slippery roads. Nonetheless, many roads were still difficult to pass and numerous accidents occurred.

Gone are the days of natural ice skating

Sadly, this means that it’s time for ice skating lovers to say goodbye to natural ice. With the temperatures steadily rising, many municipalities are warning its residents that the ice is no longer safe to skate on.

On Wednesday, temperatures are expected to climb up to 10 degrees. On the weekend, they may climb as high as 15 degrees.

Are you looking forward to these warmer days? Or will you miss the sight of frozen lakes and canals? Tell us in the comments below! 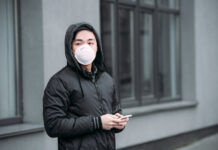 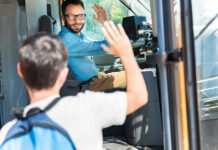 One year of free public transport for the children of Rotterdam