The Netherlands’ vaccination program is slowly gaining momentum, with the administration of the AstraZeneca vaccine starting today. Meanwhile, people with morbid obesity have seen their position in line change, they will now be amongst the first group of people to receive shots.

The first injection of the AstraZeneca vaccine — the third brand of vaccine in the Netherlands after Pfizer and Moderna — was given in The Hague today, reports RTL Nieuws.

However, in the Dutch province of Zeeland, people with morbid obesity will now be able to get their shot from next week onwards, RTL nieuws reports. This will be a nationwide strategy. After Zeeland, the vaccine will become available to GP practices in Noord-Brabant and Limburg.

People with serious lung conditions or living with Down syndrome are also part of the first group that will be vaccinated from the middle of February onwards.

The number of available vaccines is, however, limited. It may take until March for every general practice in the country to be stocked with vaccines.

In March, people over 60 with limited mobility, as well as those between 18 and 60 with underlying medical conditions, are expected to get access to their vaccines.

Adults aged between 18 and 60 with no underlying medical condition are the last group to start the vaccination process. This is currently planned to begin in May through September.

Lagging behind the rest of the world

The Netherlands needs to rapidly raise its vaccination capacities. To date, the country has only managed to vaccinate 460,000 people.

Meanwhile, in the UK one in five residents has already gotten the vaccine. The US is starting to distribute vaccines to pharmacies. Israel remains the world leader in distributed vaccinations, with 40% of the population already having received the first dose.

What do you think? Should the Netherlands increase its vaccination capacities? Let us know in the comments below! 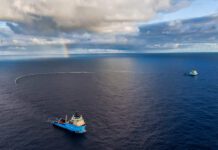 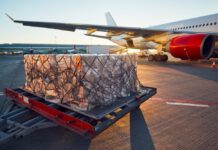 Geen probleem: no current concerns about new coronavirus variant in the Netherlands