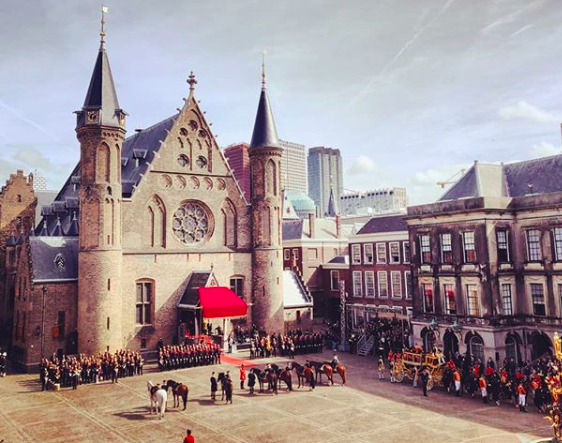 The VVD has decided to remove Wybren van Haga from the party following his involvement as a landlord in a property that he owns. After a group meeting, Klaas Dijkhoff, leader of the VVD, stated that van Haga had violated previous agreements made in line with the findings of the Integrity Committee by continuing to act as a landlord of the properties he owns.

Van Haga has not decided whether he will resign as a member of the lower house yet, saying that he first wants to consult some people. “It’s a lot to process.”

Van Haga is out pic.twitter.com/Jo8OUyIcnF

Van Haga has a history of causing trouble for himself: since the end of 2017 he has been the subject of an internal integrity inquiry by the VVD. Last year he was told to decide between continuing his work as an entrepreneur while also having a seat in the Chamber of Commerce. He was also caught driving under the influence of alcohol this summer.

After 38 years as a VVD member, van Haga declared that he was disappointed in the party’s decision. “Their calculation came to a different result than my own.” He admitted that he had sent an email to a tenant, but denied that this had violated the agreement he had made last year.

“The fundamental problem here… is whether you can be an entrepreneur and a representative of the people at the same time.” He said.

Consequences for the coalition

If van Haga decides to continue as an independent member of the lower house, the VVD will only have 32 of the 33 seats left and the government coalition of VVD, D66, CDA and ChristenUnie will only have 75 seats. The government will lose its majority and need to work with smaller parties to regain it.

Previous articleFrom summer to autumn within a day: expect rainy days after the record-breaking sunny weekend
Next articleAustrian couple receive €500,000 of ecstasy pills after buying clothes from Dutch online store