Princess Alexia, the second-born daughter of King Willem-Alexander and Queen Máxima, is to attend the prestigious United World College of the Atlantic in Wales after the end of this summer.

She will be joining the Crown Princess Leonor of Spain, who is also enrolled at the UWC. Alexia will study her International Baccalaureate in Wales — a diploma that is recognised all over the world.

The international school has around 350 students of various nationalities, and some of the important alumni include the Crown Princess of Belgium, Elisabeth, as well as the Dutch king himself.

King Willem-Alexander attended the same college from 1983 to 1985. According to the royal house reporter Kysia Hekster, “it has never been a secret that Willem-Alexander was sent to that school because he was not feeling well.” She adds that “It is not known why Alexia will attend this particular school.”

UWC puts emphasis on creativity, which “works out nicely for Alexia because she plays the guitar,” says Hekster. The princess is currently completing her fourth year of high school at the Christelijk Gymnasium Sorghvliet in The Hague.

Do you think Princess Alexia will enjoy her time studying abroad? Tell us in the comments below! 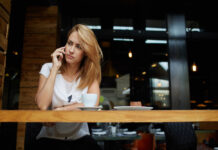